Okay, so I am going to be honest and say that I completed this general tso’s whole chicken in the slow cooker way before my general tso’s potatoes and chicken. In my defense I did not want to be posting two similar recipes at the same time, and my contract agreement comes first, so this recipe was pushed aside for months! But it is here now and I am so excited to share it with you! 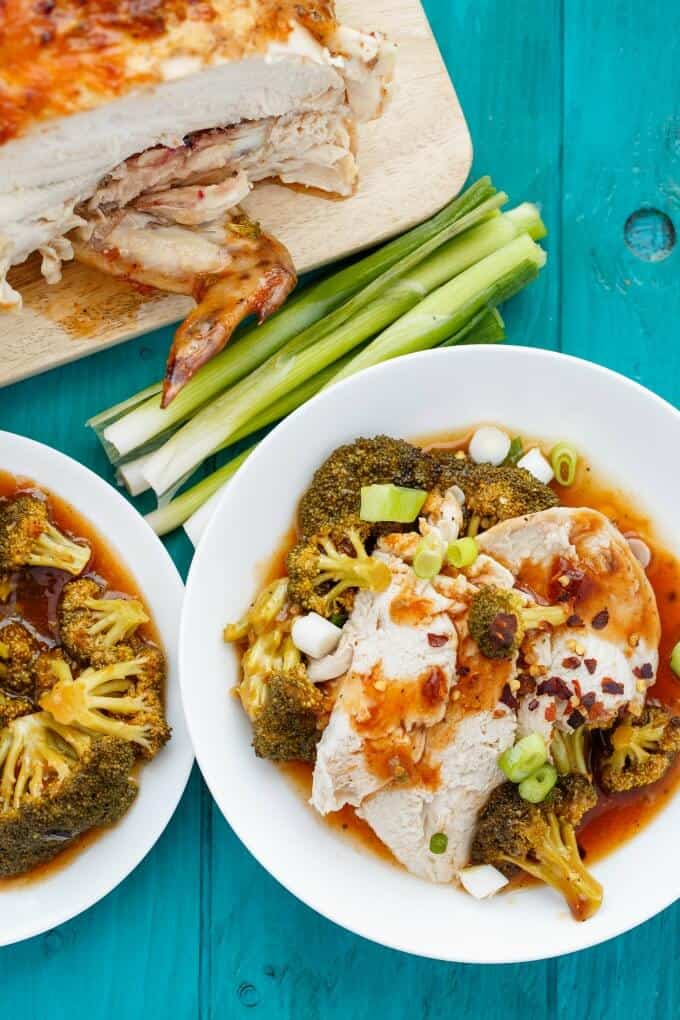 Firstly, I love working with whole chickens. They are so cheap, and you get a bit of everything. That means the dark meat lover gets a slice, while the white meat lover gets their share. It is a win for everyone! Cannot eat all the meat in one sitting? Whole chickens are great for producing leftover meat that can be used on sandwiches and salads. All the meat has been eaten and you are left with the carcass? Turn the bones into broth! Bam! So much you can do with whole chickens 🙂 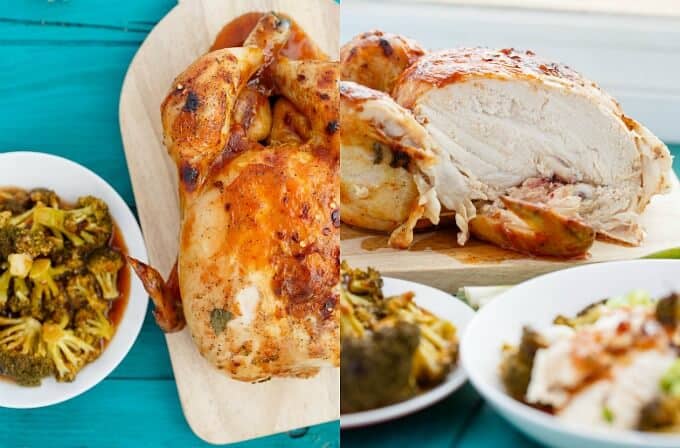 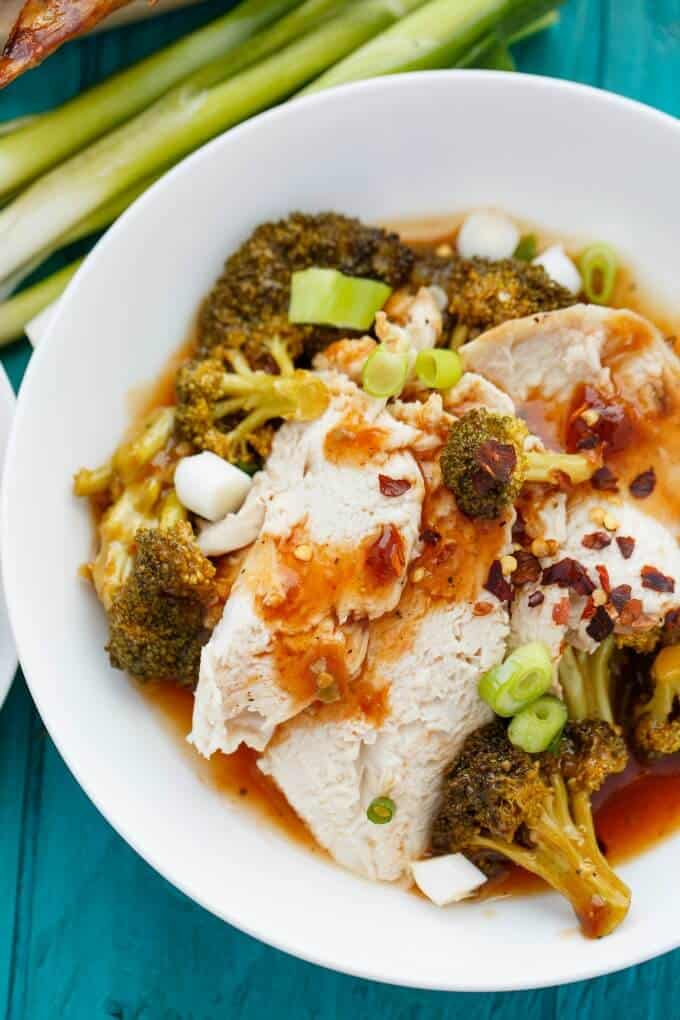 So this general tso’s whole chicken in the slow cooker was super easy to make, and took no extra effort. You can use store-bought sauce, or homemade sauce like I did. The addition of broccoli was a last minute thought and I am so happy I pulled it off! You don’t want to put the broccoli in too early because then it will get soft. Try adding it within the last 30 minutes-1 hour. You will get a perfect tender-crisp texture this way. If you forget, don’t worry! You can always cook the broccoli in the remaining sauce while the chicken rests on the counter 🙂

This is a recipe that can be made with homemade or store-bought sauce!

I broil my chicken in the oven for a few minutes until a nice, golden brown skin is achieved!

Sweet, simple, and to the point! I cooked the sauce first, and then poured it over the chicken. If you are using store-bought sauce, you won’t have to worry about this. If you want to cook your meal all day while you are at work, you may want to prep the sauce the night before so you can just pour it over the chicken in the morning.

Love this general tso’s whole chicken in the slow cooker?! Try some of these recipes: 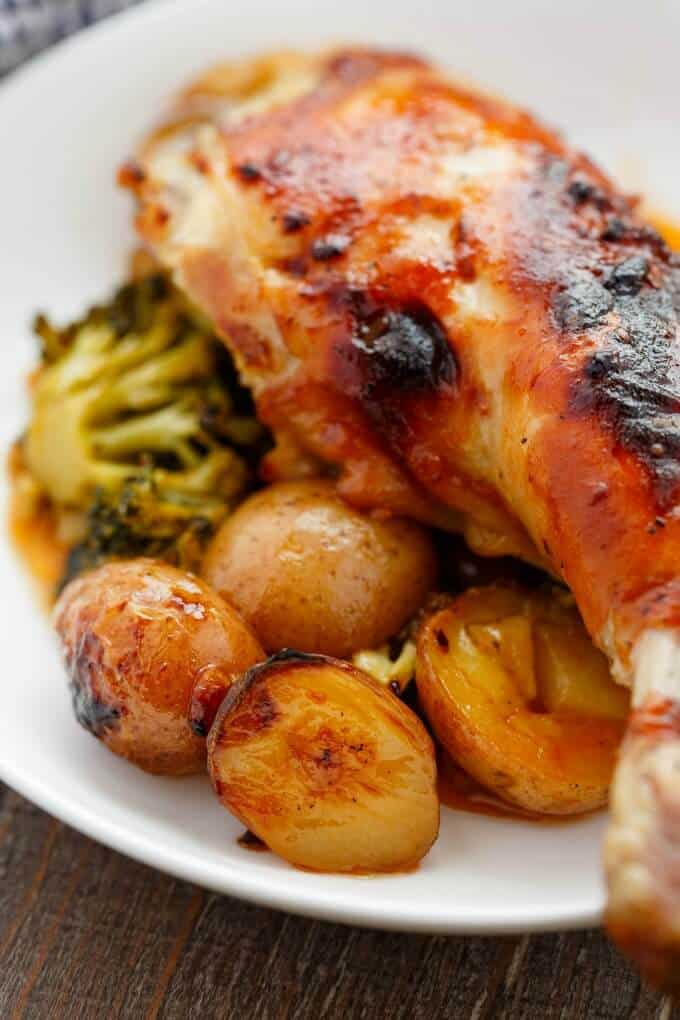 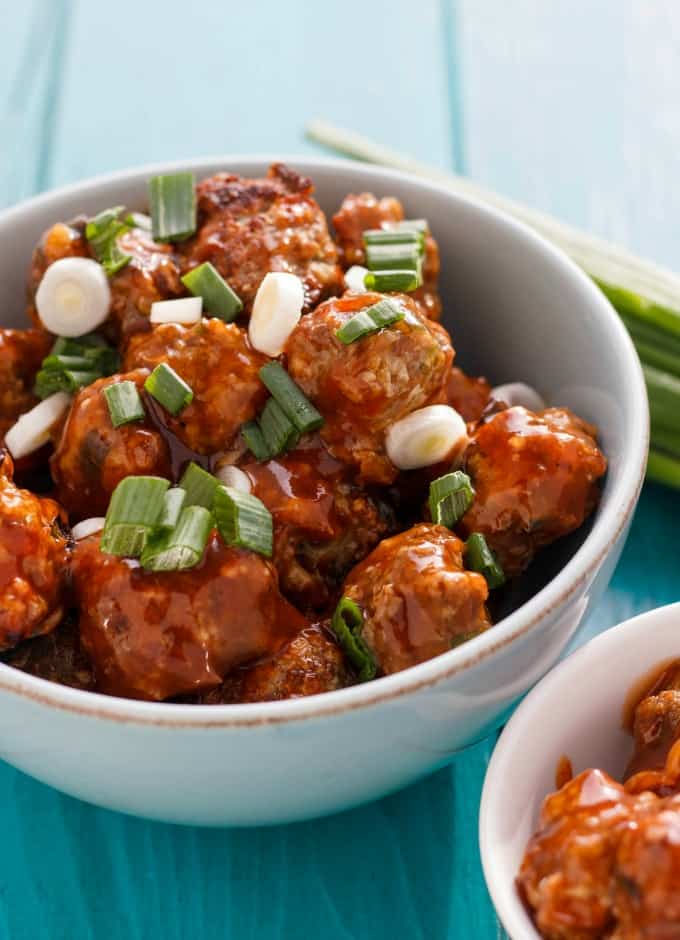