The photos and recipe for this toasted coconut ice cream has been updated as of August 17th, 2016!

I am slowly converting people into coconut lovers. 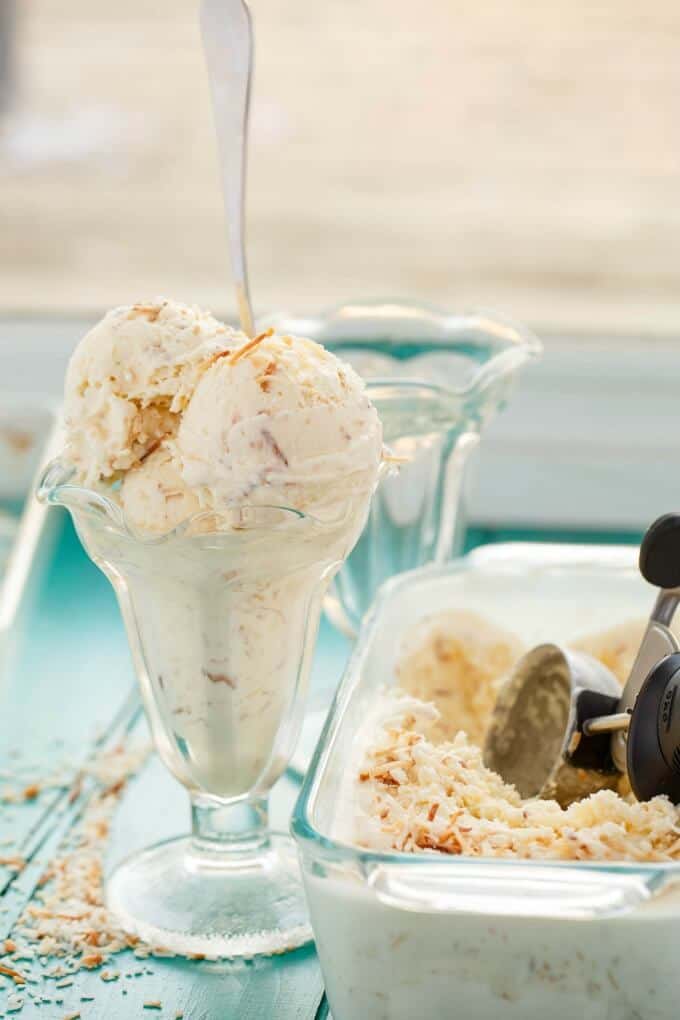 When I made the Strawberry-Banana Ice Cream, I topped my helpings with some toasted coconut. My neighbour was immediately intrigued, and though she does not like coconut, she tried a sample of toasted coconut. She could not get over how delicious it was! She even went out and bought herself some coconut just so she could toast it. Personally, I love coconut in any form, but toasted coconut is to die for. That is why I knew I would be making toasted coconut ice cream at some point! 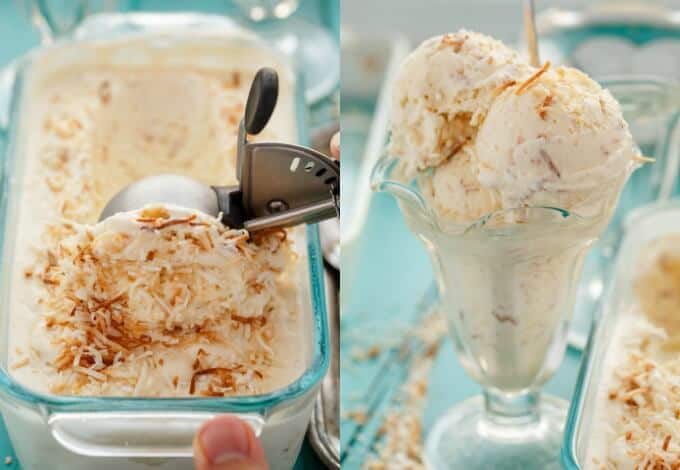 UPDATE: A tutorial on how to make toasted coconut is now up! 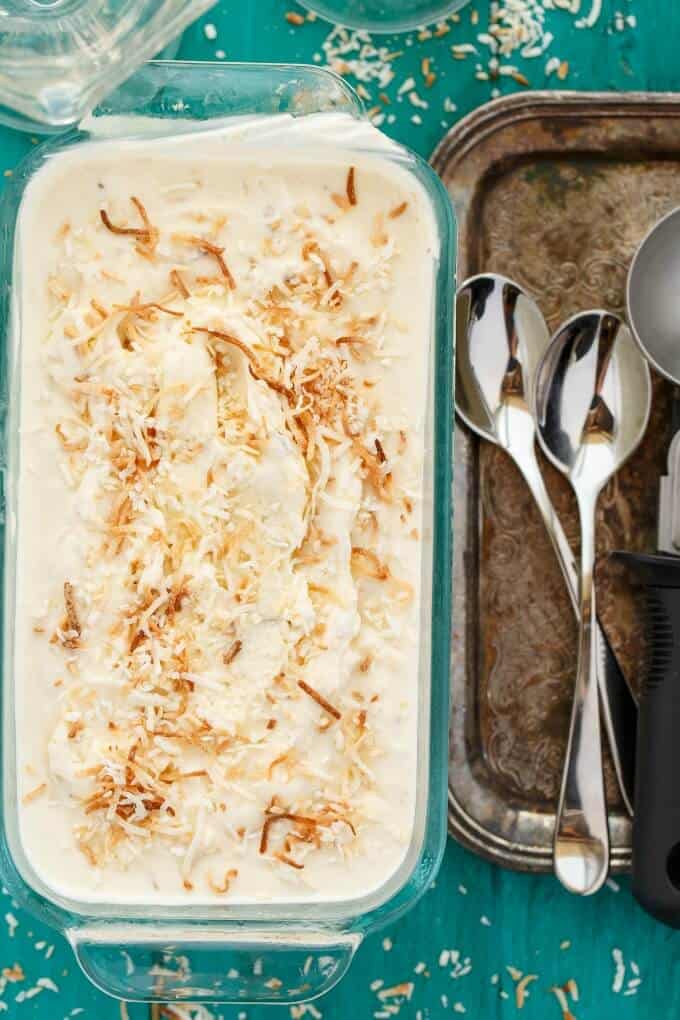 Definitely one of my favourites. It is pretty close between this toasted coconut ice cream and the Rhubarb Ice Cream. In the end, instead of choosing a favourite, I will just have both 🙂 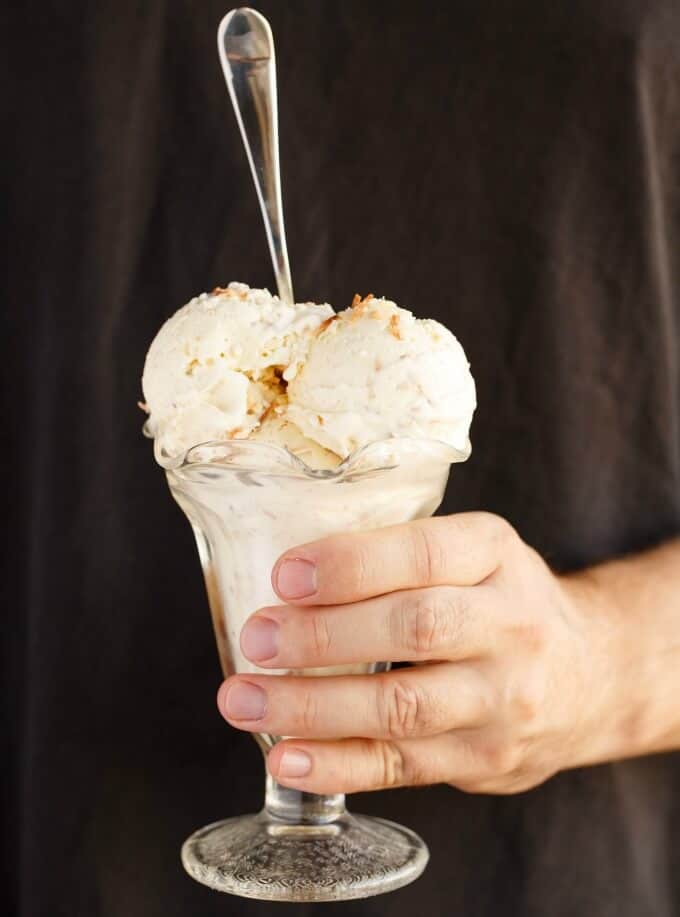 Now, you could for-go the toasting part of the coconut, but then we would not have toasted coconut ice cream. I mean, it would probably be just as good, perhaps adding in some coconut extract to help out in the flavour department. However, it takes 5-10 minutes to toast coconut, so why not do it?

Make sure to toast some extra coconut to put on top of your ice cream. I mean, you can never have enough coconut! And if you are vegan, be sure to check out my vegan toasted coconut ice cream! My husband loves it and it is perfect for people with lactose intolerance.

Love this toasted coconut ice cream?! Try some of these recipes: 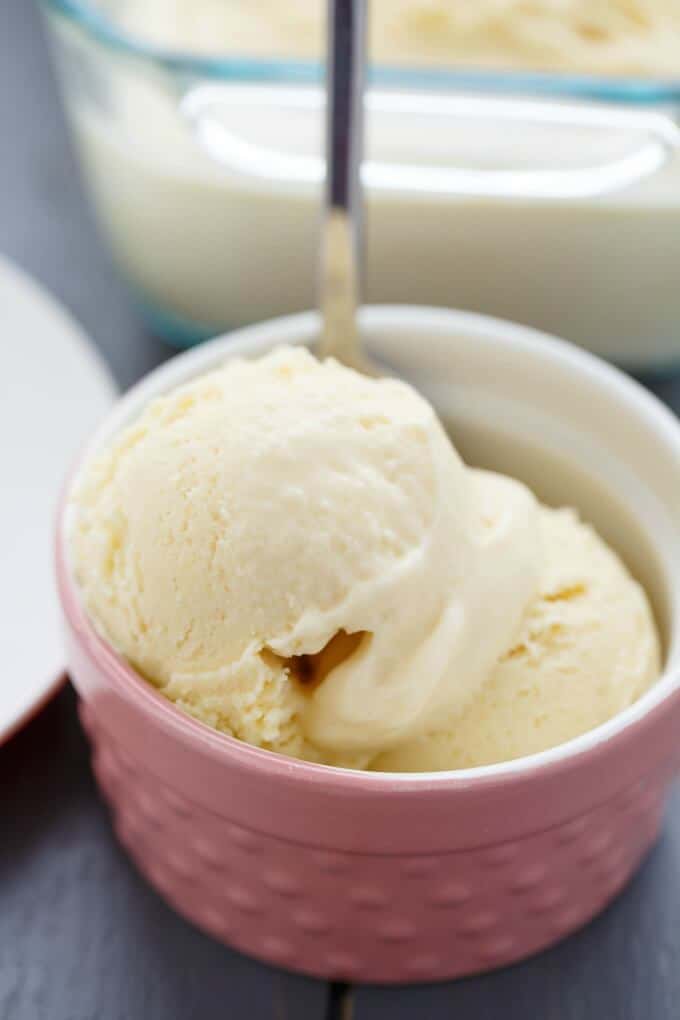 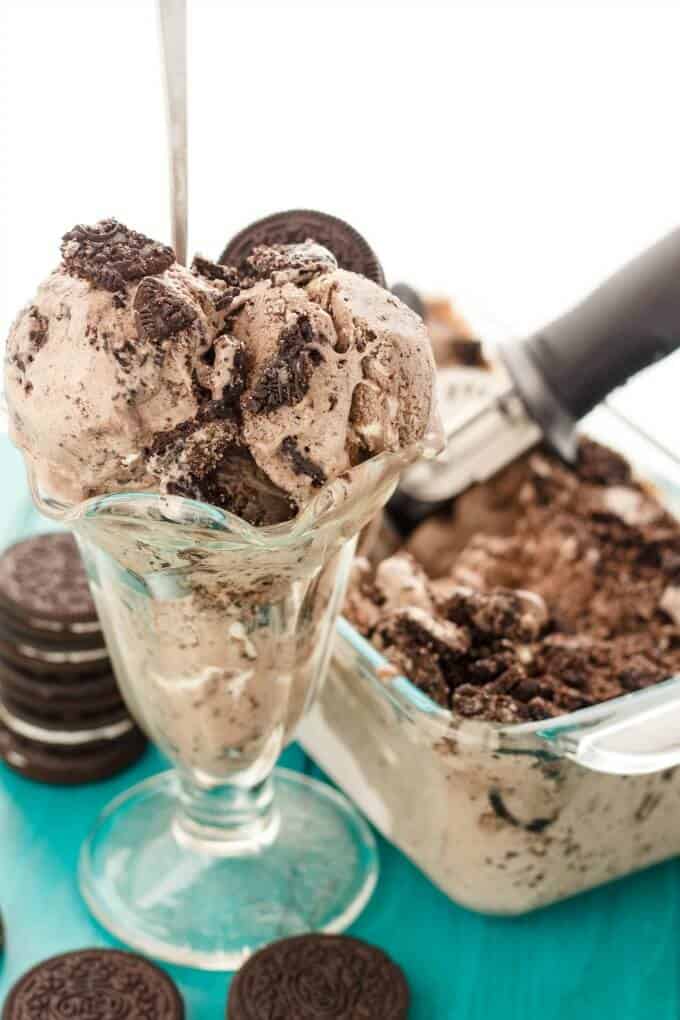 You can unsubscribe any time by clicking “unsubscribe” at the bottom of any of our emails. We use Mailchimp to provide our bi-weekly newsletter. Any information you provide here By clicking subscribe you acknowledge that the information you provide will be transferred to Mailchimp for processing in accordance with their privacy policy.
I've been hesitating posting this Totoro washcloth