Fun and easy, these strawberry and raspberry Jell-O parfaits with almond whipped cream are perfect for Canada Day!

The photos, recipe, and video for these strawberry and raspberry Jell-O parfaits with almond whipped cream have been updated as of June 26th, 2016!

I have been slacking on my posts. Yes, I have been keeping up with my Monday-Friday “job,” however, I get a little excited when it comes to certain meals. I will create a schedule of when to post certain recipes, but then I make something I deem “totally awesome,” so I forget about my schedule and post whatever it is I made that day. Wouldn’t be so bad if I didn’t  push some recipes away, completely forgetting about them. This is the case with today’s recipe: Strawberry and Raspberry Jell-O Parfaits with Almond Whipped Cream. I made them for Canada Day… Yes, over a month ago… 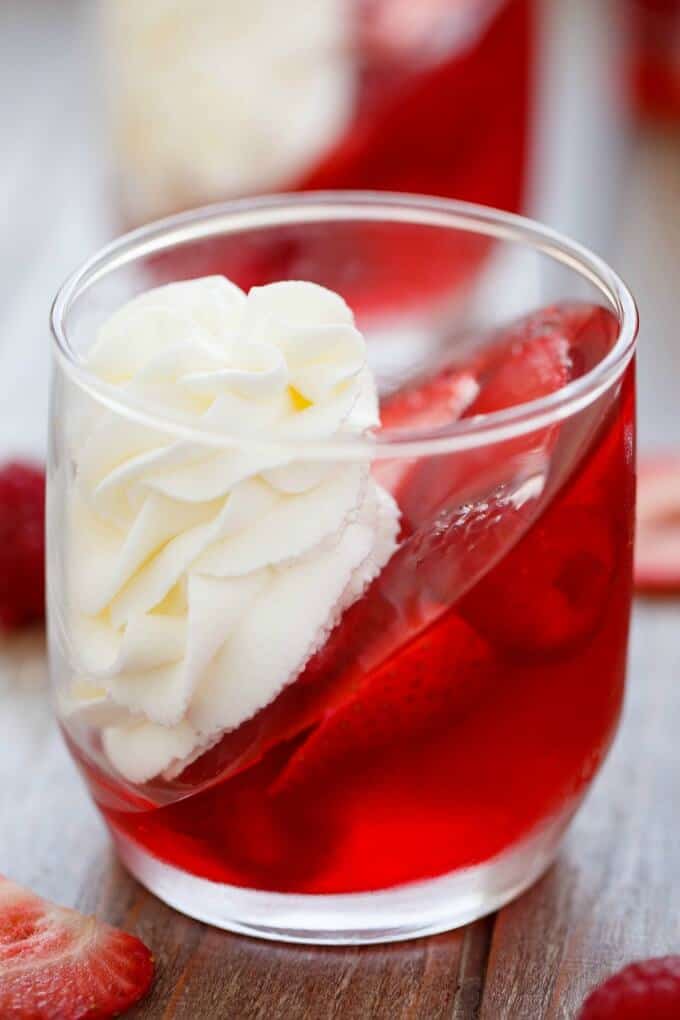 But I am posting them now so that is okay, right? I really thought the idea was cute when I saw it in the What’s Cooking magazine. However, you don’t have to stick with Canadian colours for this project. I was attracted by the slanted look of the Jell-O more than anything. Plus kids will love them when they see the bright colours on an angle! Don’t tell them the secret is angling the glasses in a muffin tin so the Jell-O hardens on a slant. 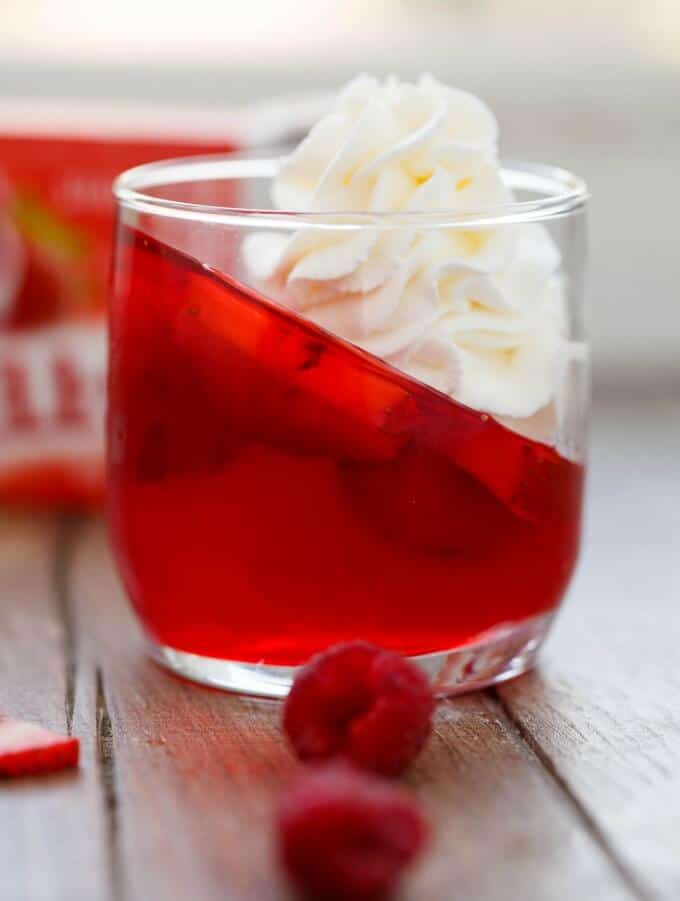 UPDATE: This dessert is so easy that I had my 4 year old help me make a video of them!

This recipe made a lot more than what the magazine stated. Maybe my dessert cups were really small, but either way, the amount you get is going to depend on how big your glasses are. You can make these in advanced but be sure to leave out the whipped cream until ready to serve. 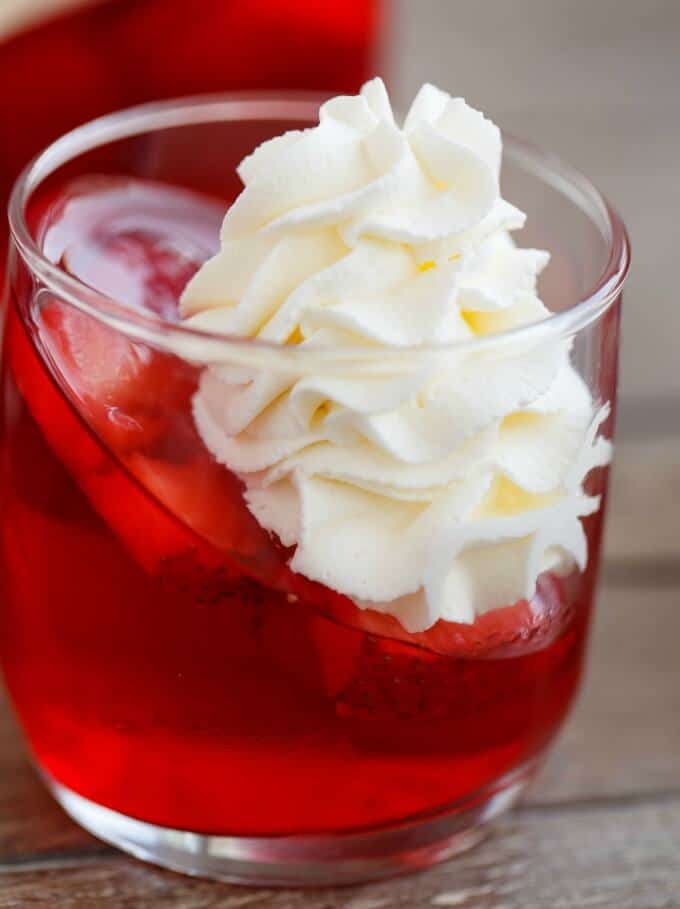 Sorry about the pictures. When I took them, I had immediately moved the glasses from the fridge to the outdoors, resulting in some condensation build up. I should have wiped the glasses but were having company and I didn’t want to spend too long on photographs. Will be sure to update them next Canada’s Day when I make these treats again! UPDATE: Pictures have been updated and the recipe was so easy that my daughter made most of the project!

Love these strawberry and raspberry Jell-O parfaits with almond whipped cream?! Try some of these recipes: 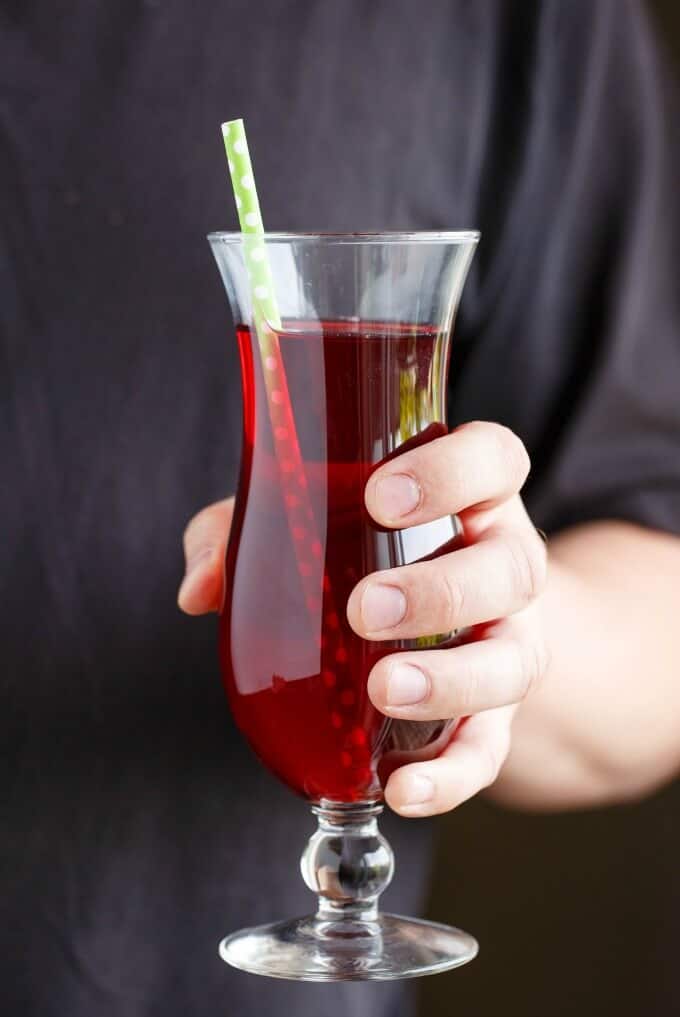 You can unsubscribe any time by clicking “unsubscribe” at the bottom of any of our emails. We use Mailchimp to provide our bi-weekly newsletter. Any information you provide here By clicking subscribe you acknowledge that the information you provide will be transferred to Mailchimp for processing in accordance with their privacy policy.
Gandalf the Grey! I really like how this #Gandalf

Don't worry, Orm, I love crocheting just as much a

Brought my current project along as I wait for my