The photos and recipe for this vegan roasted cauliflower soup has been updated as of January 22, 2016!

I am so happy to have had the opportunity to work with Almond Breeze and their delicious almond milk! As a vegetarian, I am always looking at ways to create awesome recipes that can easily be made vegan for the convenience of non-meat-eaters. Over the years, vegan diets have become very popular, and for whatever reason you choose to partake in such a lifestyle choice, I know finding a fantastic vegan recipe can sometimes prove difficult. Not so much nowadays, but I will admit that my vegan recipes see a lot more traffic than some of my other posts. I am glad to be creating vegan recipes that are enjoyed by many, and I plan to keep them coming!

Working with almond work has proven to be enjoyable and rewarding. I was concerned I would not achieve that rich, creamy flavour I am use to with heavy whipping cream, but you will be surprised at what you can come up with. For those of you who missed it, I made an almond milk breakfast smoothie and was impressed at how delicious it was! I am not a dairy-lover in smoothies, so it was nice to see how well the almond milk worked with my recipe. While that recipe was super simple, I knew I wanted to do something much more creative with the almond milk when it came to my next recipe. And once I came up with my recipe, I could not wait to try it! 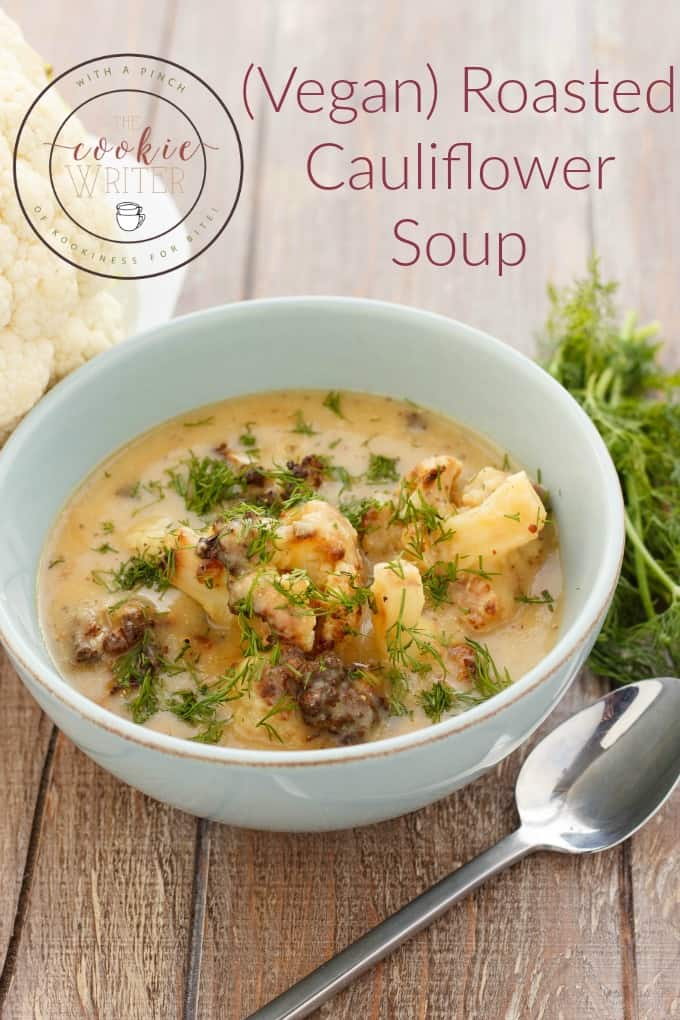 If there is no cream or cheese in this recipe, how did I achieve the creamy, rich flavour? Well, let me tell you. 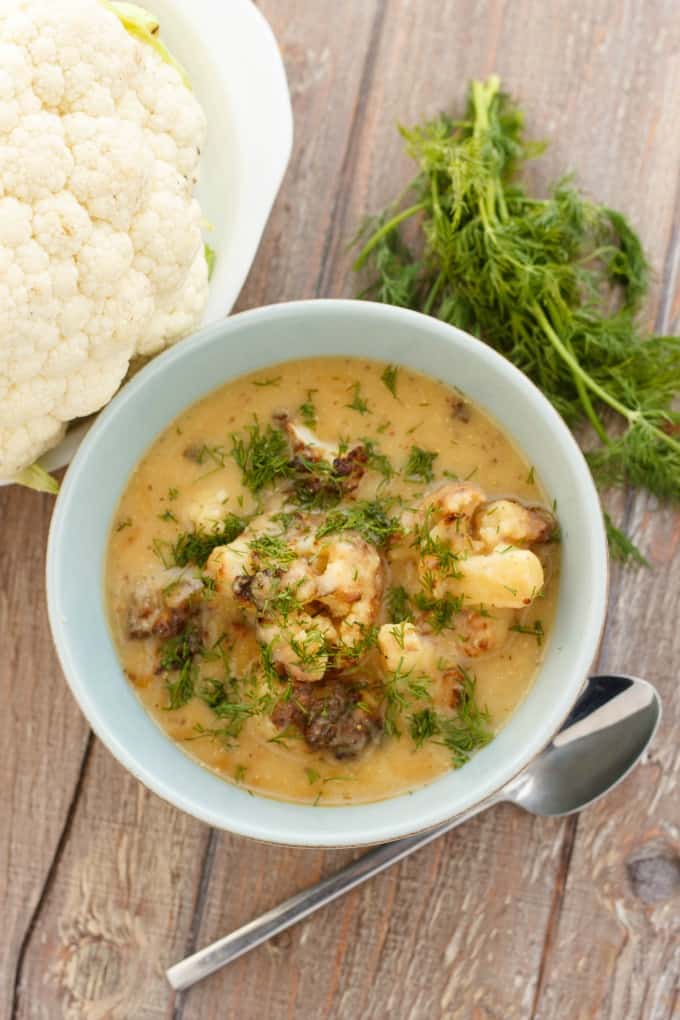 I knew the almond milk was on the thin side. I have had some success with making whipped almond milk, but I still need to do some testing with it. So, to compensate for the lack of thickness from the almond milk, I decided to boil some potatoes in the soup and puree them to create the thickness the vegan roasted cauliflower soup needed. And it worked! Almost a little too well, I must add. If you feel your soup is too thick, stir in more almond milk. It is all about tweaking. I really wished I had some nutritional yeast on hand to try in this recipe because I hear it helps with the missing cheese aspect, but the store was completely out. I will definitely be making this recipe again so no worries there! 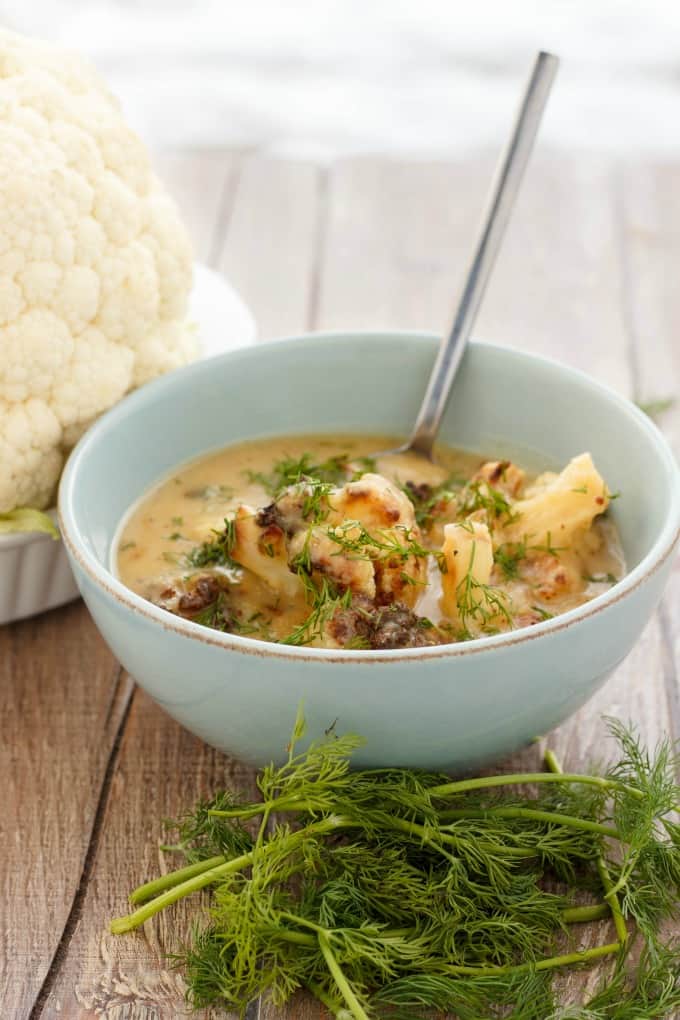 7.8.1.2
168
https://thecookiewriter.com/vegan-roasted-cauliflower-soup-with-fresh-dill/
Kacey Joanette
(Here is the recipe for my oven roasted cauliflower.)

Now, if you don’t feel comfortable using wine, just sub in more broth. I used red wine for this recipe but it definitely gave the potato puree a grey tone to it, and I was not impressed (with the colour that is.) I would have used white wine for both flavour and colour, but I was all out. I adjusted the recipe accordingly. You can use red wine, but be aware of colour changes! 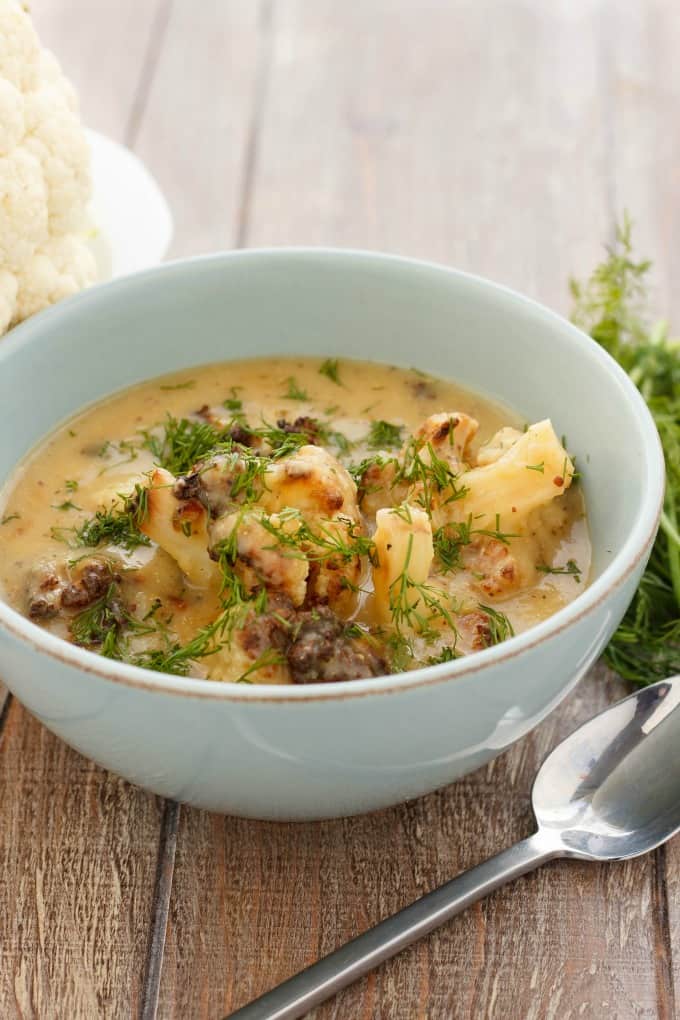 And of course, ROAST THAT CAULIFLOWER. Not only does it add flavour,but for this vegan soup it adds depth and character. Since there is no cheese or cream, you want that added salty flavour from the roasted cauliflower. All the flavours together meld so well, Dan could not believe the soup was vegan. Perfect for him because the cream really upsets his stomach. You can choose to omit the fresh dill, but it really worked here! I was going to title the post vegan roasted cauliflower soup with fresh dill, but I was afraid the fresh dill would scare some people off…

I am so proud of this recipe! I really hope it works for everyone. With the cold weather upon is, it is the perfect time to whip up a batch!

Love this vegan roasted cauliflower soup?! Try some of these recipes: 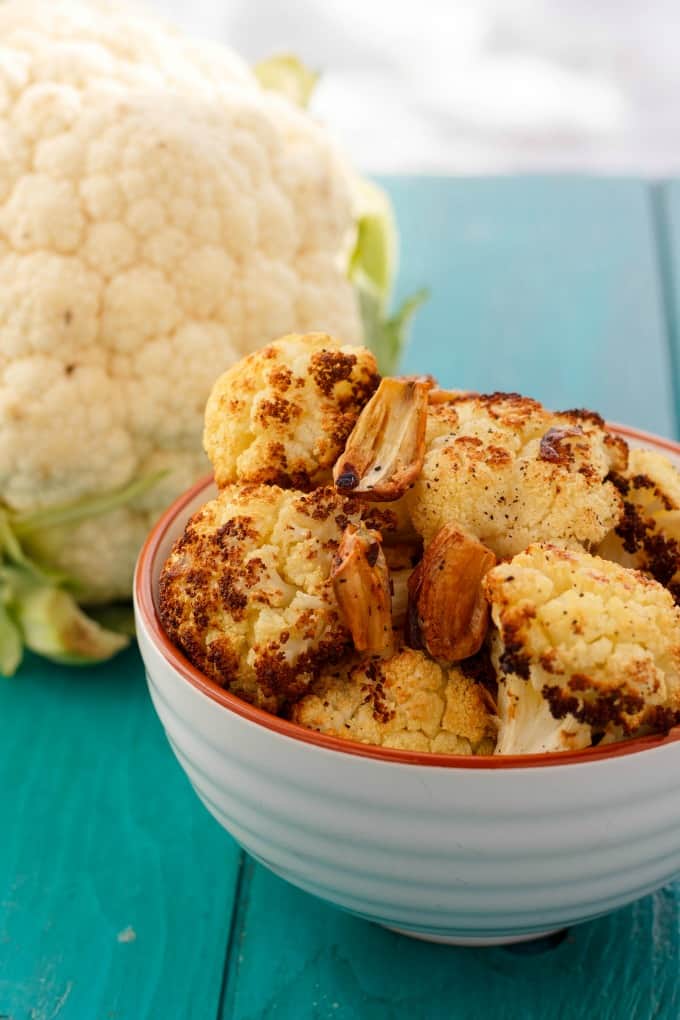 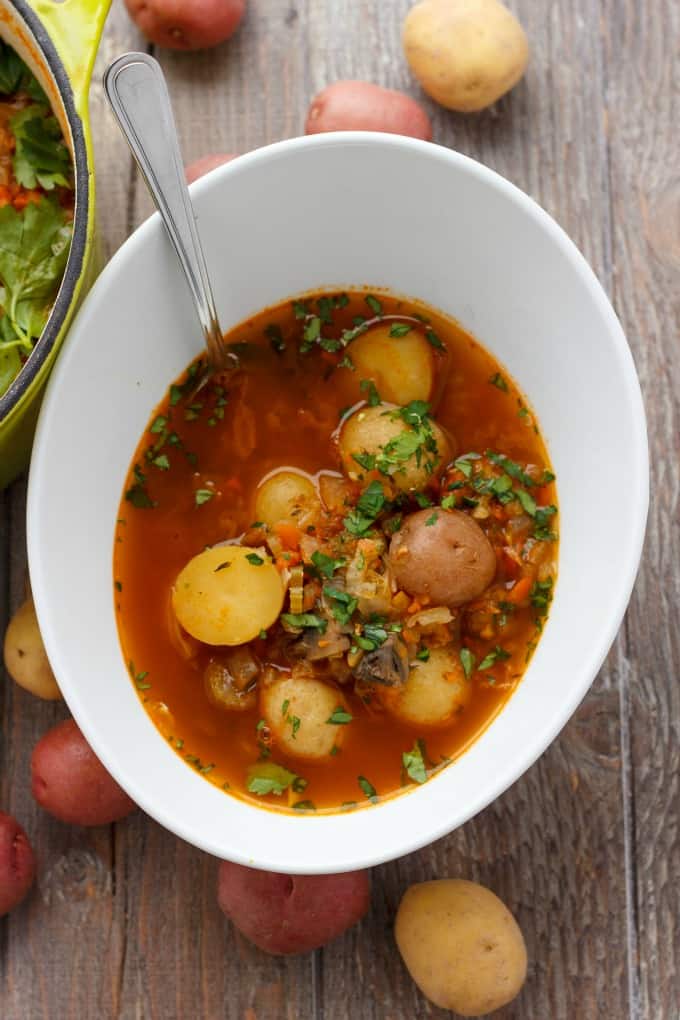 *This post was sponsored by Almond Breeze and I was lucky enough to receive some awesome merchandise from them. All opinions are my own and I am happy to be working with this product.