One extra little step creates the most awesome flavour in these semi toasted coconut macaroons! Or, if you feel lazy, you can skip the pre-toasting part!

The photos and recipe for these semi toasted coconut macaroons have been updated as of June 20th, 2016!

Here is a dessert I have never made before: coconut macaroons! 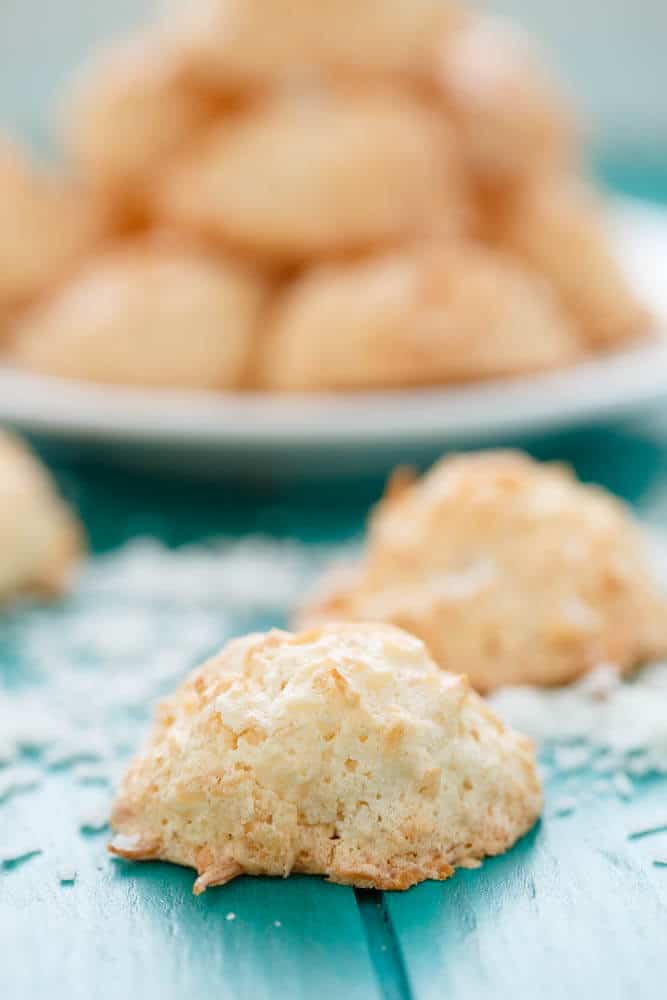 I had a ton of extra egg whites and began looking up recipes that would use them. I would have used them for Swiss meringue buttercream, however, I was not in any mood to make cupcakes or a cake. Since Dan was going away camping this weekend, I figured cookies were in order. It took me a matter of seconds to decide that I was going to make macaroons. I have been on a coconut spree lately, including making toasted coconut ice cream that I have been eating for breakfast… I can’t help it! Toasted coconut is THAT good. Nonetheless, these cookies sounded easy, delicious, and oh so perfect! 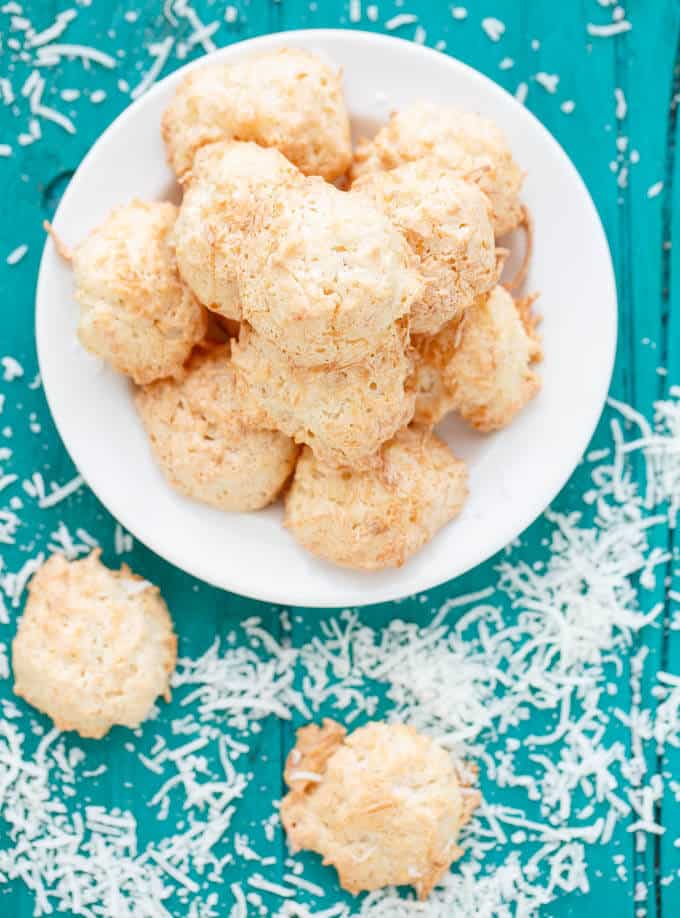 I still had some unsweetened coconut left in the cupboard that I wanted to use up. It is perfect mixing in with sweetened coconut because honestly, I don’t even notice a difference. Cutting back on some sugar while keeping the flavours? Awesome! I might see about reducing the overall sugar quantity in the recipe next time, but they turned out great (and even my raspberry coconut macaroons were a hit, !) You don’t necessarily have to toast your coconut beforehand, but I thought it added a new element. My first batch of semi toasted coconut macaroons came out super toasty (which is how I like my coconut!) I think it was because I used convection, which is something I do a lot when cooking. Not sure if macaroons are suppose to be cooked in a convection oven, but when I did my second batch with raspberries, I adjusted the oven to its standard form. The raspberry macaroons turned out lighter in colour, so it must have made a difference because they were from the same batch, I just split the two. 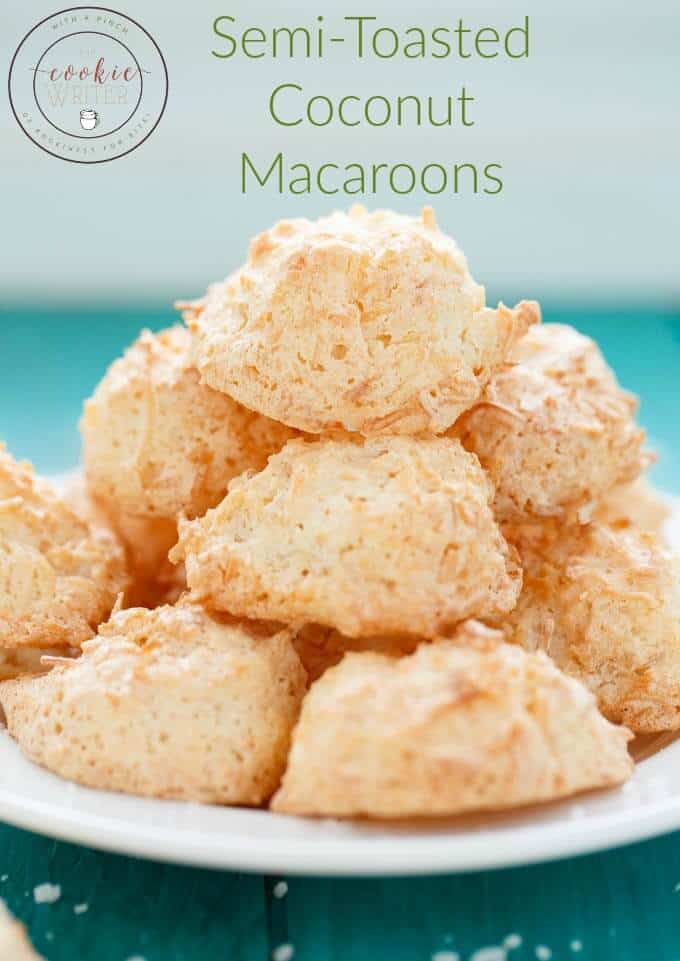 A great way to use up extra egg whites and the dessert is gluten-free! 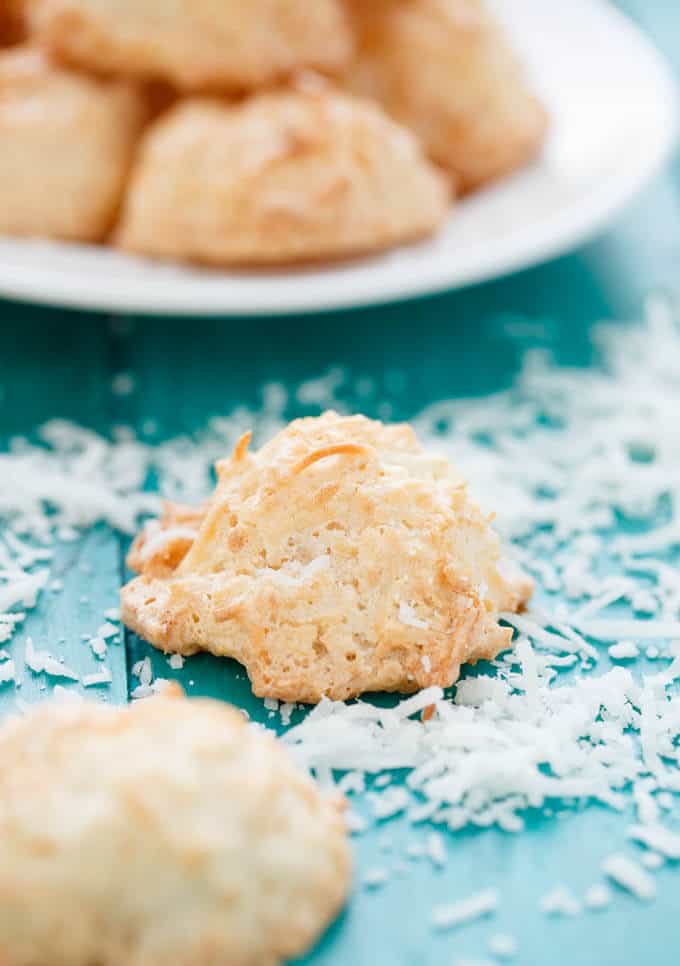 I will definitely be making these semi toasted coconut macaroons again! Maybe some added nuts or dried fruit will add a nice surprise. I used fresh fruit for my raspberry macaroons and they were really nice. But even plain coconut macaroons are still delicious. Plus, added bonus, they are gluten-free! A nice treat for those with Celiac.

Love these semi toasted coconut macaroons?! Try some of these recipes: