Silky, smooth, and filled with creamy coconut, this gluten-free coconut cream pie is encased in a giant macaroon crust!

The photos and recipe for this gluten-free coconut cream pie has been updated as of July 23rd, 2016!

Let me tell you, and I have told you before, there was a time in my life that I did not like pies. None. Nothing could convince me to eat them. I would ask for a plate of whipped cream to eat (still ask for extra whipped cream wherever I go!) The most common pies that appeared were pumpkin and apple. I mean, apple would be alright, but still to this day I will not eat pumpkin pie… Blah. 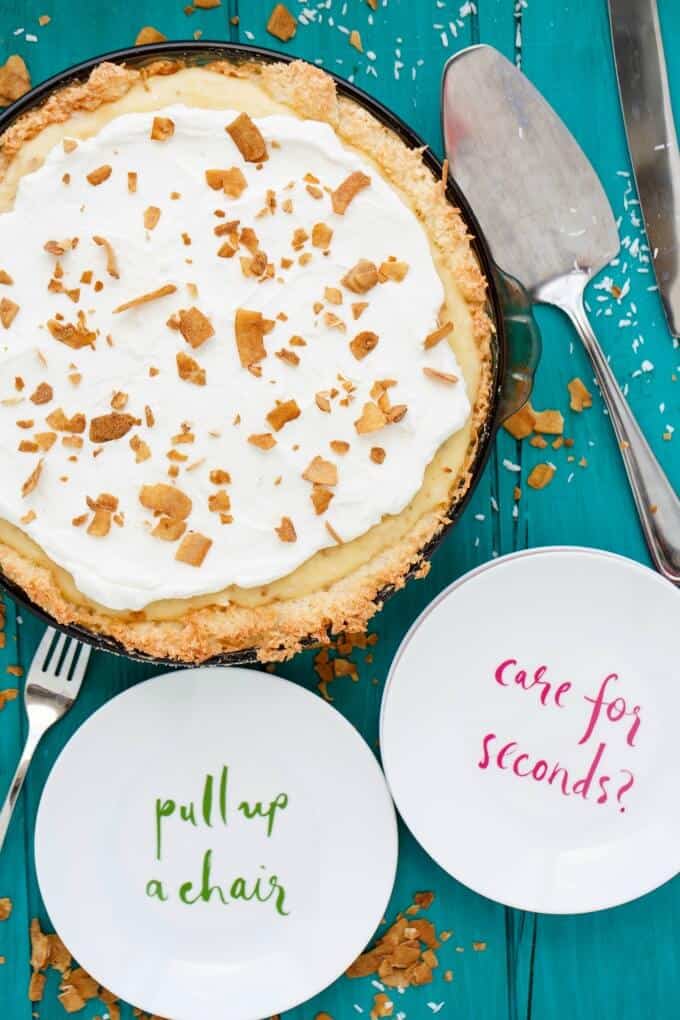 Thankfully I can say I pushed those feelings aside and now have no problem eating pies! Lemon meringue, chocolate, strawberry-rhubarb, you name it! But one pie I probably like the most, and that is definitely a tough call, is coconut cream pie. It is just so silky and light, but with that wonderful coconut flavour. Sigh, wish I had one in front of me right now. Let’s just talk about this gluten-free coconut cream pie and get it over with! 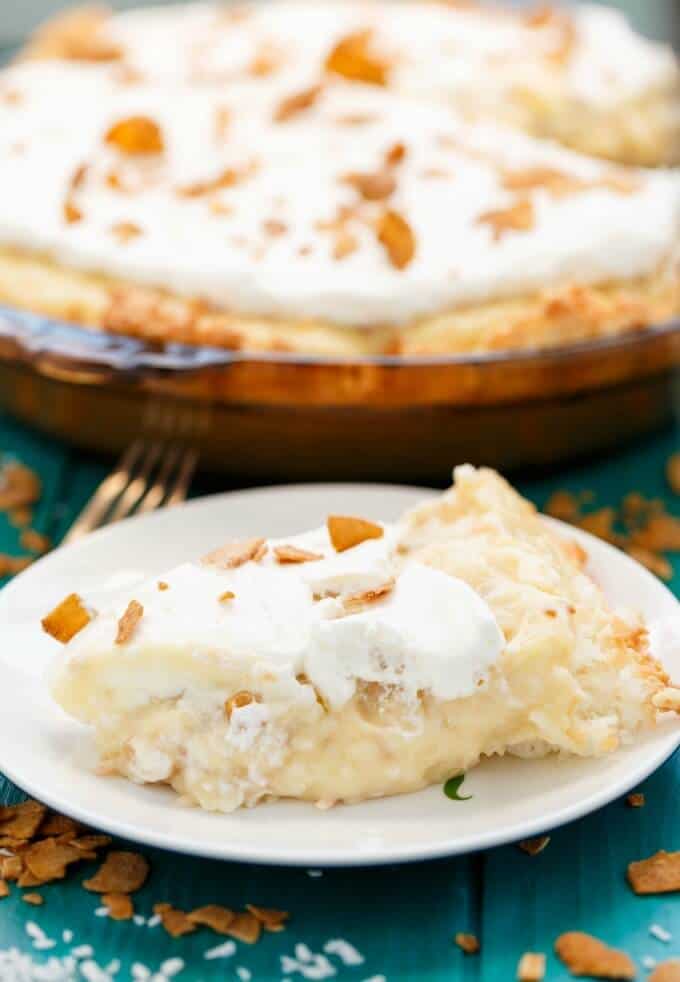 I made this gluten-free coconut cream pie for Canadian Thanksgiving this year. Mother-in-law deals with celiac so I try to create recipes that include everyone. One thing I always worry about with gluten-free recipes is the taste. Some recipes are really, really good, and then others have that tell-tale hint of gluten-free in them. Luckily, this recipe was a hit and really, if I had not said anything, no would know it was gluten-free. The crust was anything but traditional, but it pulled off perfectly and everyone seemed to enjoy the change.

Converting this recipe to gluten-free was really simple! If you have a favourite gluten-free crust recipe, you are all set as the filling was gluten-free to begin with! I know some prefer to make their filling with flour, but I have never had trouble with this cornstarch method and don’t plan to change the recipe any time soon (read: never!) When I set about making this crust, I had a ton of egg whites leftover that needed to be used up. I started throwing things together and hoping for the best. In the end I realized I had basically made a coconut macaroon recipe. Not identical, but close. Heck, I think any traditional coconut macaroon recipe would work here so give it a shot! The one plus being that you always pre-cook your crust for a coconut cream pie so if it doesn’t turn out right, you aren’t wasting much. For people with no gluten-free persons in their lives, any ole crust recipe will do.

With the holiday season pushing in, our days (and weekends especially) are beginning to get eaten up with parties, birthdays, and more! I don’t think we have a free weekend until December 12-13, but even then I will not hold my breath because we (okay, really “I”) have lots of Christmas shopping to do. My goal is to have all the shopping done before December but we will see how that goes!

Love this gluten-free coconut cream pie?! Try some of these recipes: 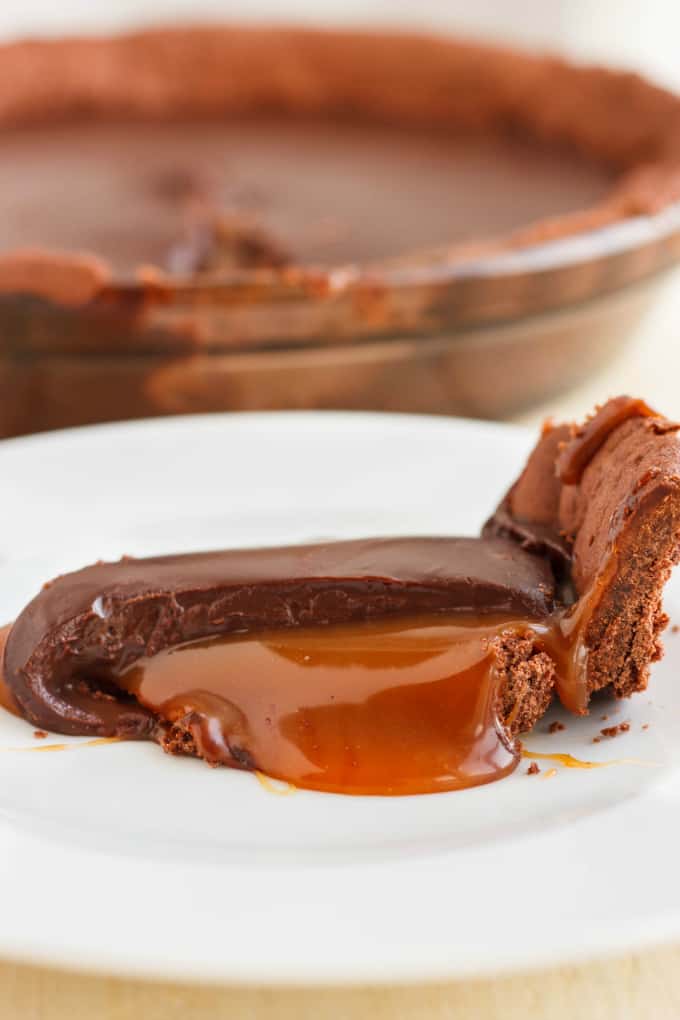