Carrot cake and almond Swiss meringue buttercream?! Count me in with this giant cupcake for Easter (who doesn’t think the idea of a bunny hiding in the grass and dirt is cute?!)

I have had this cake idea set in my head for some time now, but it was the matter of getting to it! 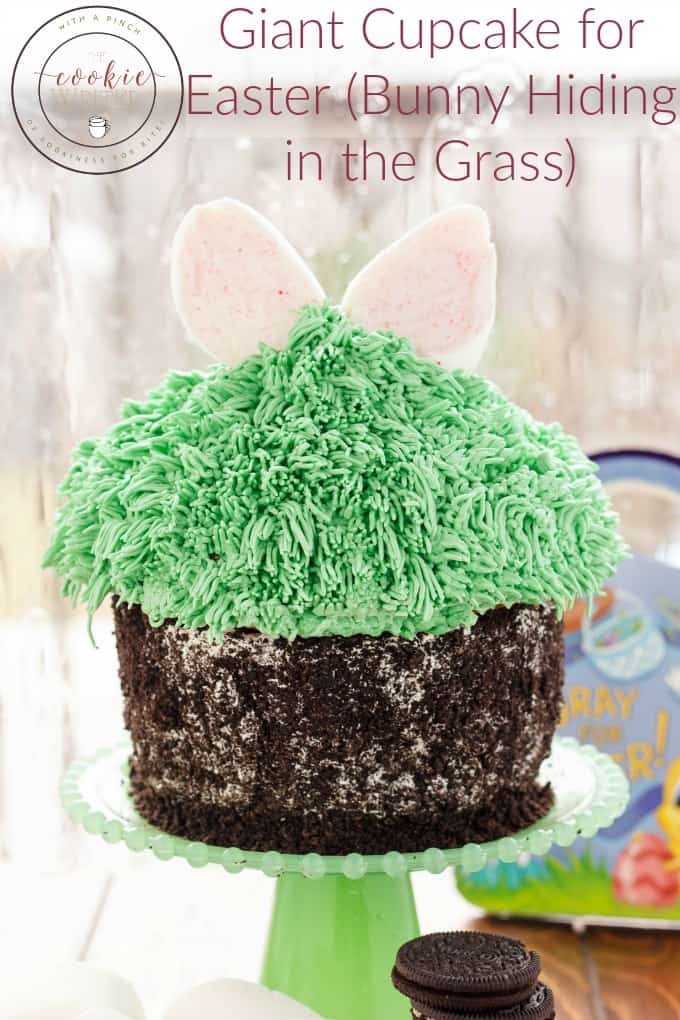 I won’t lie. I bought many boxes of Oreos with the good intention of actually completing this giant cupcake for Easter… Yeah, I ate a lot of Oreos. A lot. No shame! I had not had Oreos in years, so when that first cookie hit my mouth I knew I was in trouble. Thankfully I saved enough Oreos to make the dirt liner for the cake! After finally getting around to the cake, I realized that my procrastinating was a good thing. Originally I was just going to go with a chocolate cake: much like my previous giant cupcake creations. But then it hit me: Easter means carrot cake!! Yes people, this giant cupcake for Easter is actually a gigantic mass of carrot cake wrapped in almond Swiss meringue buttercream!

As I work with this pan (and cakes in general) I learn something new each time. Getting the Oreo crumbs to stick wasn’t too bad. However, my daughter and I processed 8 Oreo cookies with the cream still in the middle. The finished result reminds me a lot of potting soil. You could easily scrape the white icing out (or just buy the chocolate cookies) but the end result makes me think of real dirt and how it is never perfect. 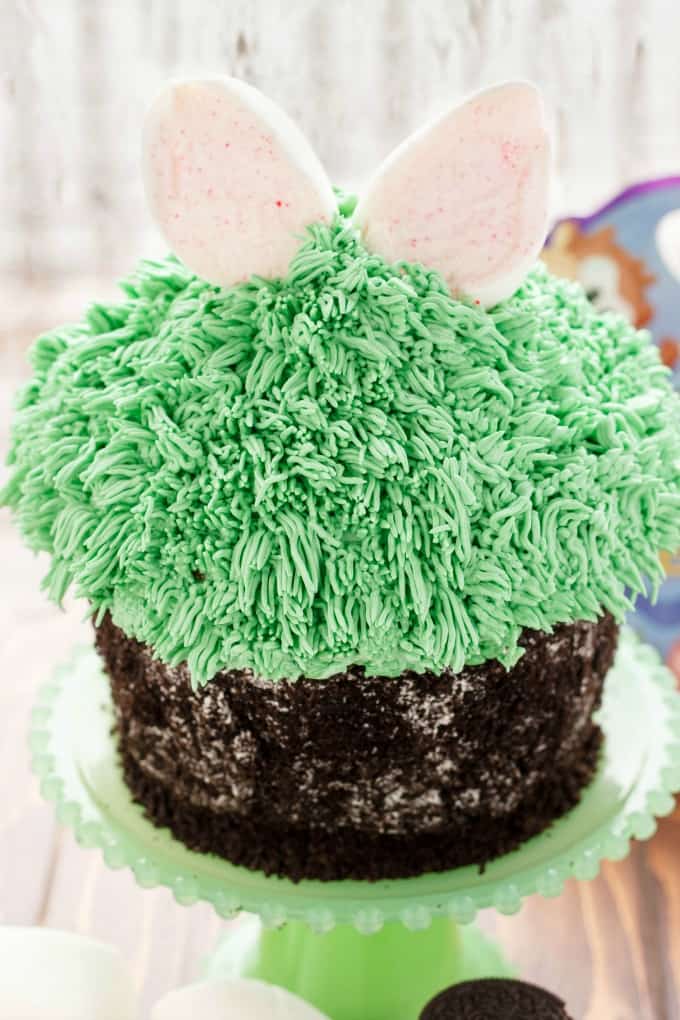 Another idea came to mind: the icing was reallllly hard to get grass green. I swear I have 3 or 4 different shades of green food colouring hanging around and I could still NOT master the grass colour. Maybe coconut would have worked nicely to get that effect. However, as I already had to mash my hands into a cake to get the crumbs to stick, trying to get coconut to stick would probably have been my breaking point 🙂

And on that final note, you should totally recognize the marshmallow bunny ears! I seriously love this idea and used them in my marshmallow bunny ear pudding cups, but much thanks again goes to Styling My Everyday. I wanted to use sugar cookie bunny ears here but after baking the cake and making the icing, I just did not want to bake anymore. You could easily use smaller marshmallows and have multiple bunnies “hiding in the grass.” 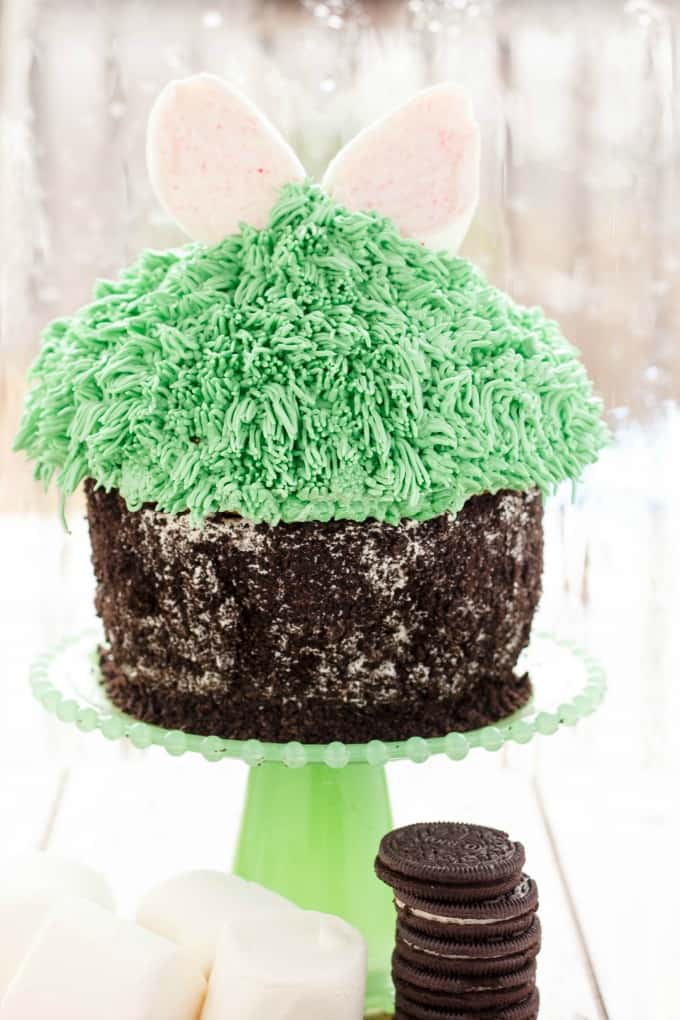 Giant Cupcake for Easter (Bunny Hiding in the Grass)

The giant cupcake pan can be a bit of a pain to work with as the one side cooks faster than the other! You can cook the two pieces separately, or risk overcooking the one half (I left mine as is and had no problem with moisture!) 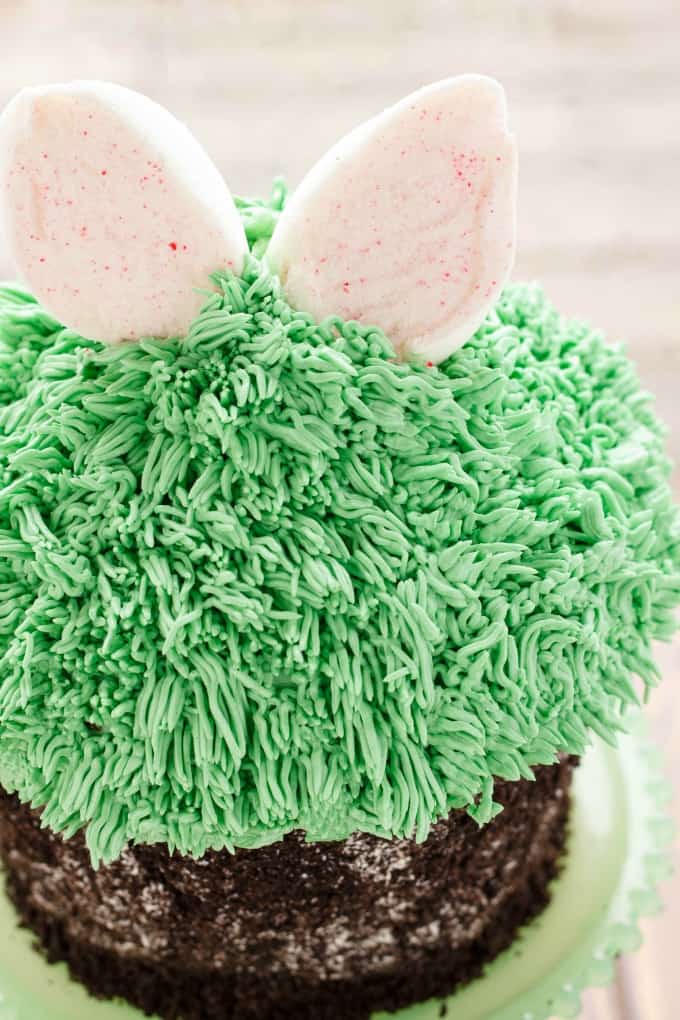 Soooo, as I have mentioned before, the giant cupcake pan can be interesting to work with. The one side tends to cook faster than the other because they are sized differently. I found with this carrot cake that even though I had to cook the cake for over an hour, the one side did not dry out. However, I am really skeptical using this pan with a white or vanilla cake. An easy remedy would be to cook the two halves separately. But who has time for that?! Basically, when it comes to this giant cupcake for Easter, test the bottom/liner portion of the cake with a toothpick first, because chances are, even if the top layer is cooked, the bottom will not be.

Love this giant cupcake for Easter (bunny hiding in the grass)?! Try some of these recipes: 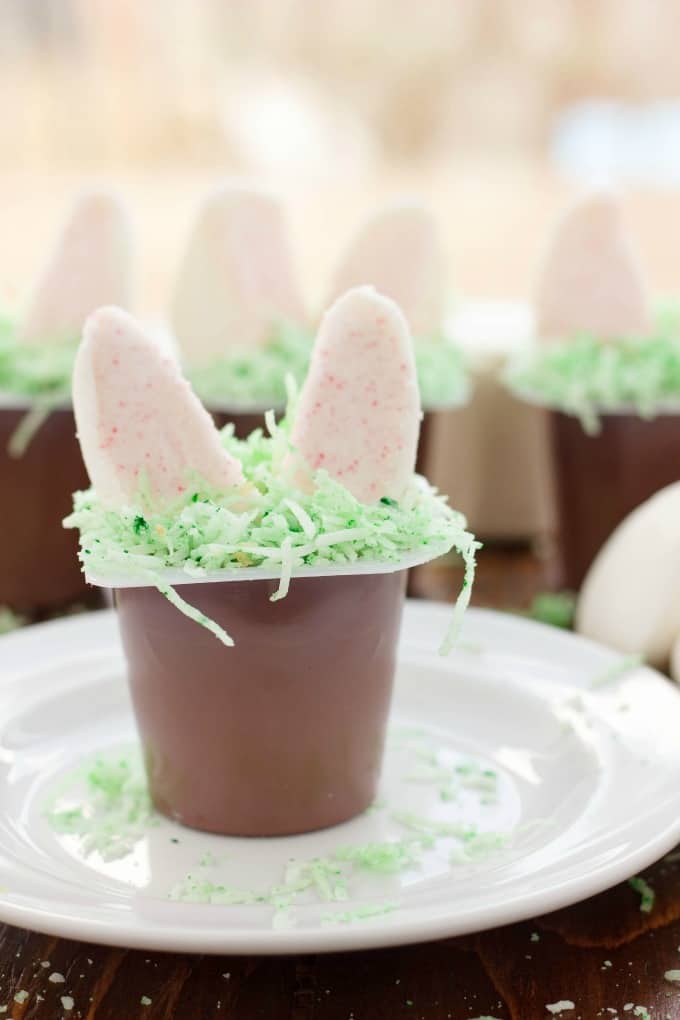 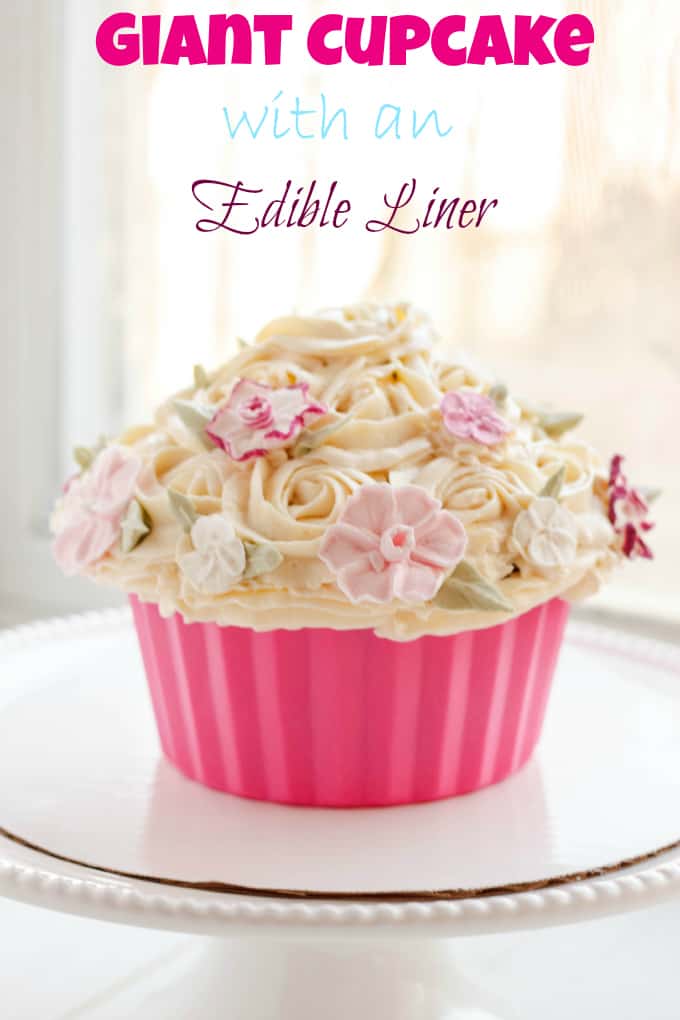