Winter is finally coming to an end (I think.) We had some wicked cold temperatures over Valentine’s Day weekend. I am not quite sure if we hit minus 40 degrees Celsius, but we were pretty darn close! I am just glad these temperatures held off for the most part until the weekend so I did not have to worry about walking kiddo to school. Still got the dog walk in with Rex, as short as it may have been 🙂 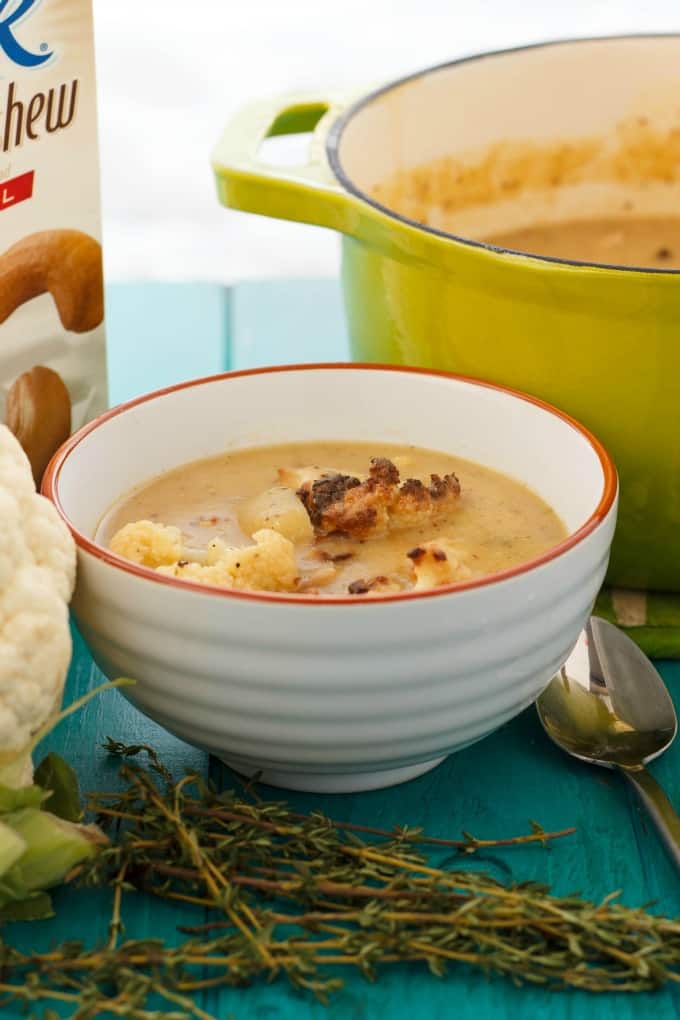 That aside, this creamy vegan cauliflower soup really hits the spot, no matter what the temperature is outside! I feel this is a great winter soup, but as light as it is, it can be quite refreshing for the summer months. Another plus? My husband can actually eat this soup without feeling ill as he battles some serious lactose intolerance (thankfully I don’t have to worry about that because if cream was ever kicked out of my diet, I think I would starve!) 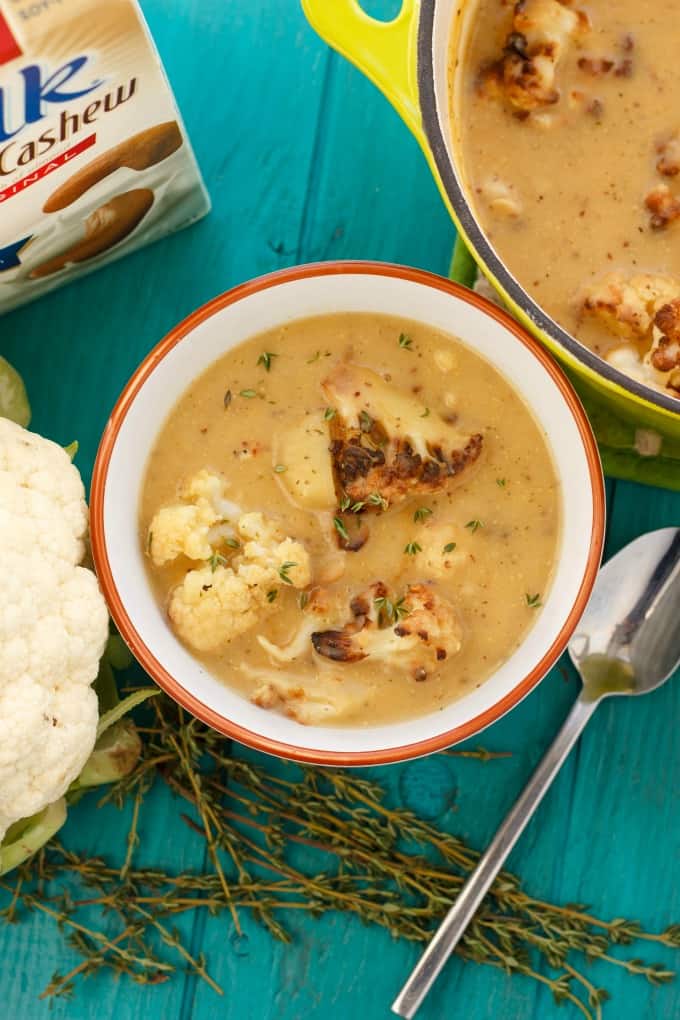 Quick, simple, and sooooo tasty. Don’t let this creamy vegan cauliflower soup fool you: it is truly full of bold flavours! I do not even miss the cream or cheese. You’d be surprised how far a soup can go when you roast your veggies first. I don’t think any meal is the same once you begin roasting veggies (especially cauliflower!) 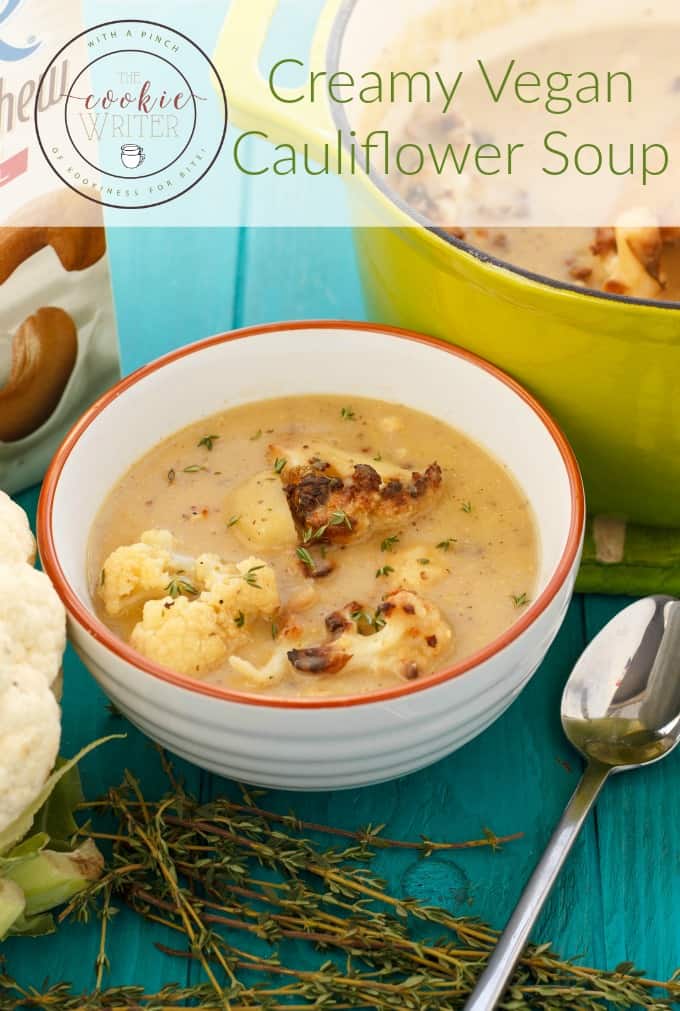 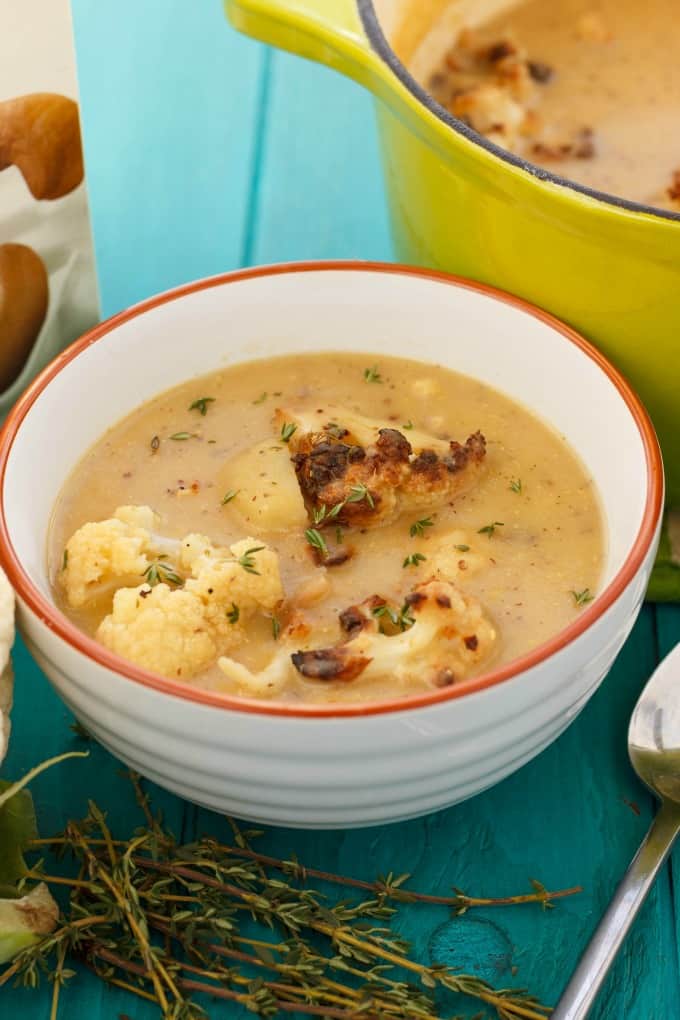 Valentine’s Day was a hit and I cannot wait to share with you tomorrow a recipe I taste-tested for a fellow food blogger (seriously, amazing!) So stay tuned and hope for spring to come sooner than later!

Love this creamy vegan cauliflower soup with cashew milk?! Try some of these recipes: