Looking for an easy bread recipe that requires no yeast? Try this awesome cheese and dill beer bread that can be made with your favourite beer (but Guinness has been my favourite by far!)

The recipe and photos for this cheese and dill beer bread has been updated as of March 25th, 2016!

Ever since I learned how wonderful fresh dill is in recipes, I have taken on the task of finding more meals that include dill. 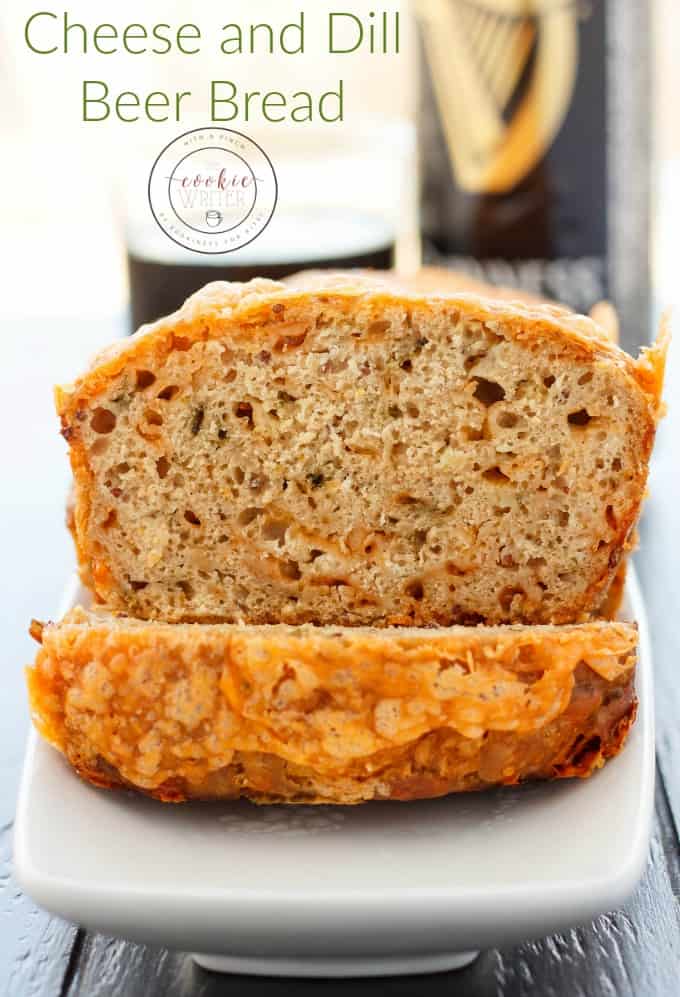 When I did a search on Pinterest, I was not disappointed! But one recipe stood out from the others, and I am so glad to have found it. I thought the recipe would be perfect for Dan, but at the same time I was intrigued myself. In the end, we both loved this cheese and dill beer bread, and I especially was impressed at how easy it was to make!

No bread maker needed here, and no fancy yeast either. (Sometimes I get a little excited here! While yeast is important in beer making, by the time it is bottled, there is no active yeast left at all! Which totally makes sense as Dan makes his own mead and kills off the yeast.) I tend to always have yeast on hand, but I know it is not in everyone’s pantry (and trust me, I often forget to stock up at the grocery store!) 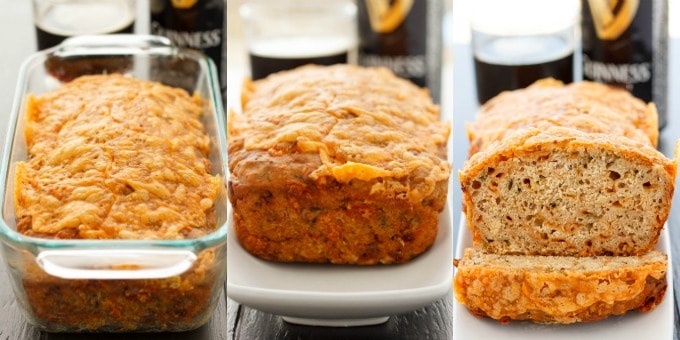 This is a no-fuss, easy bread recipe that is easily adaptable. I can even see it being a great vegan recipe by omitting the cheese and replacing it with more veggies. And of course, for the non-vegetarians, there is always the option of adding some bacon, or even bacon and jalapeno. However, the recipe as is is fantastic, and even if you have never baked bread before, this recipe should be a breeze. My loaf pan was preoccupied so I had to use a smaller pan. Even then, the recipe still turned out. The only noticeable difference is the fact that my bread is longer rather than fuller. So don’t be too concerned about the pan, but if you are using a different size, keep an eye out on your bake time. UPDATE: I used a regular bread loaf pan and this recipe still turned out perfectly!! 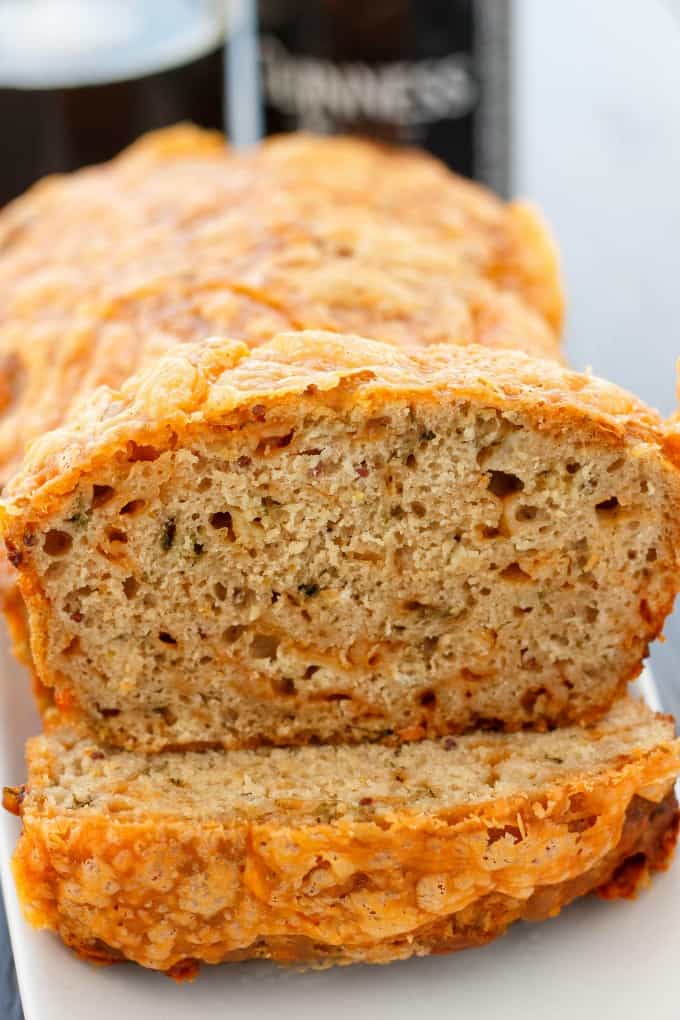 This cheese and dill beer bread is so easy to make, and so easily customized! 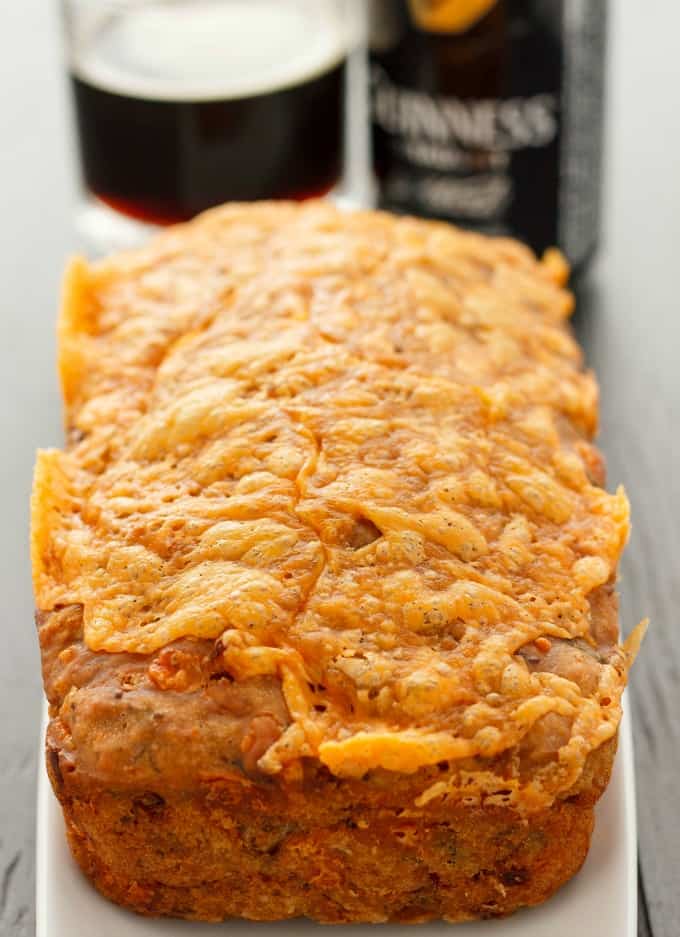 I have been hoarding the last bottle of beer in the house to make another batch of this cheese and dill beer bread! It lasted maybe one day, and even then I had to hold myself back from finishing the loaf. Now, you can taste the beer in the loaf, so be sure to use a beer you like. Funny thing is, I don’t like beer, but in this recipe it won me over. Since I can’t tell the difference in beer quality, I used whatever we had in the house. UPDATE: I absolutely LOVED Guinness in this beer! As someone who does not care for beer, there was something about using Guinness here that made it special… You can also use non-alcoholic beer according to the original poster’s comments but I have not tried that myself.

Love this cheese and dill beer bread?! Try some of these recipes: 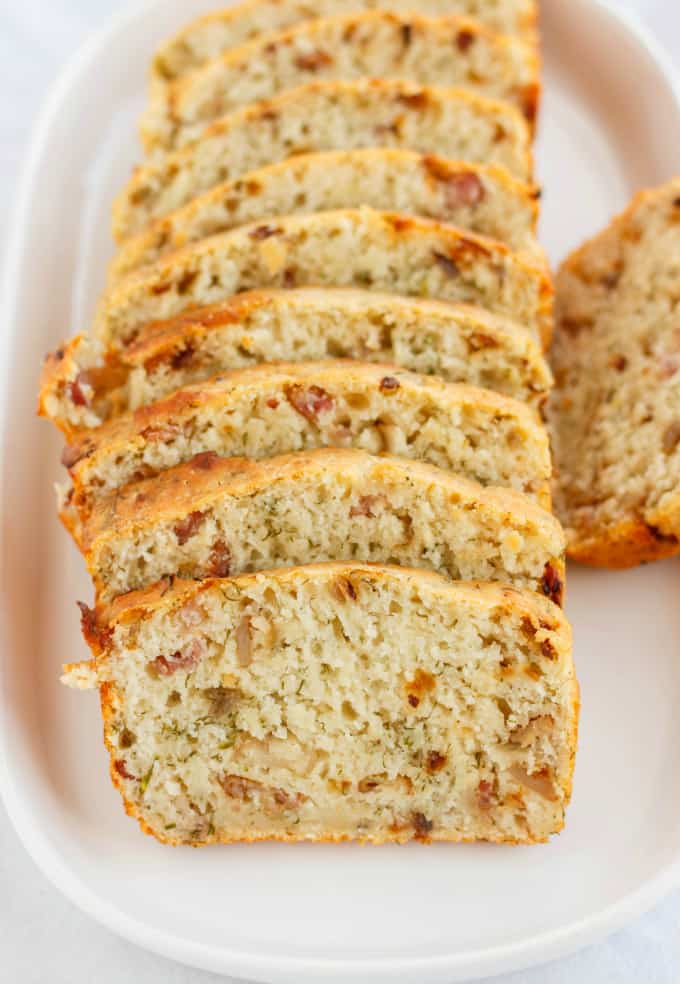 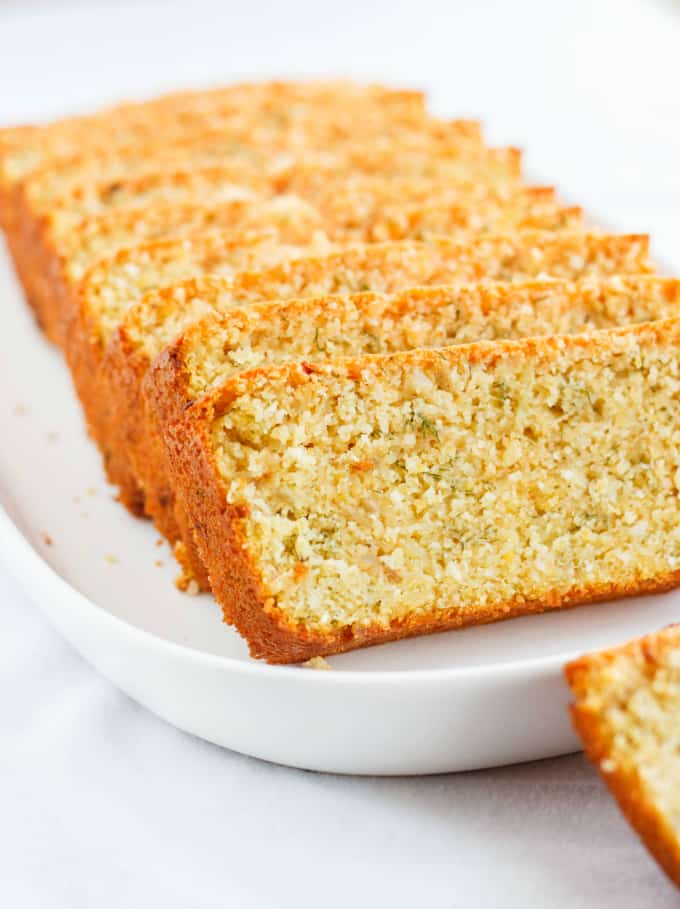 Beer and Parmesan Bread made with Lentil Flour (definitely an acquired taste!)