My daughter is crazy into pancakes right now. Every morning she asks for pancakes! I don’t mind making them, but of course with the blog I find I want to change up the flavours each day so I have something different to photograph. 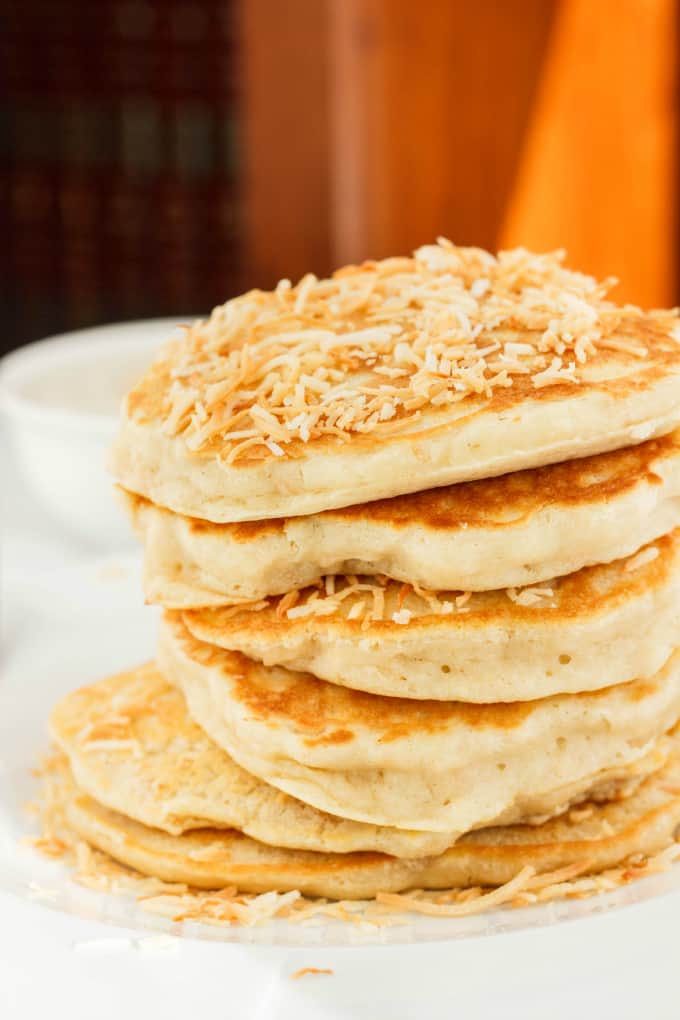 I pinned a coconut pancake recipe years ago, and I finally got around to making it. I did not realize it was based off the popular allrecipes.ca pancake recipe until I made it, and I can see why they are so popular! 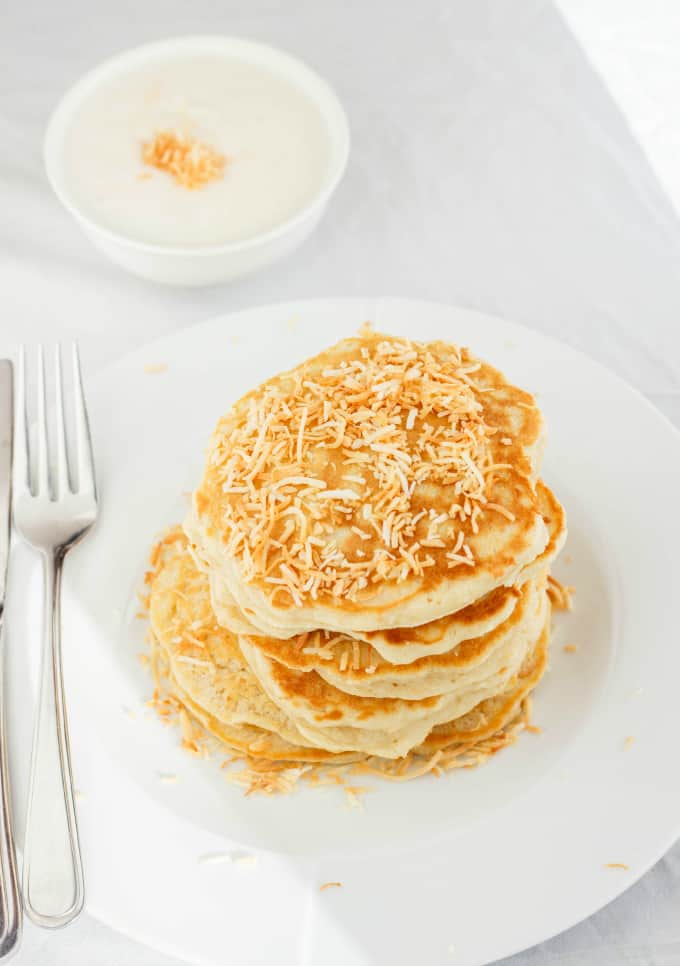 Light, fluffy, and packed full of flavour, this is nowhere near the boxed stuff your family would make. Neither my husband or I are big pancake eaters, but homemade pancakes may be changing our minds. These toasted coconut pancakes were well received by all, and my daughter was so happy with them, she requested them for dinner that night as well! The recipe makes 10 small toasted coconut pancakes, but that was more than enough for my daughter and I. I love how the pancakes don’t leave you feeling overly full and provide a nice change from the standard savory breakfast (which I am more partial to.) 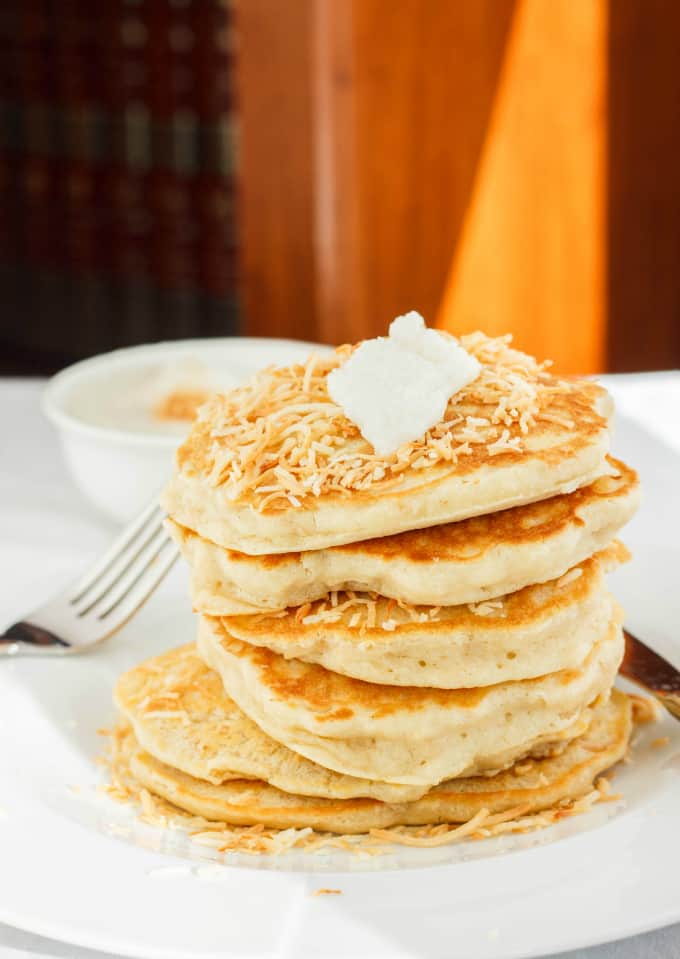 These toasted coconut pancakes contain no cows milk, so if you substitute in an egg substitute such as a flax-egg, you will have a vegan recipe. I have not tried the vegan version yet, but that is my goal the next time Éowyn asks for pancakes. I used a mix of coconut milk and coconut cream, but if you cannot find canned coconut cream, you can use all coconut milk. Coconut extract would also work well here over the vanilla, but I did not have any on hand. Even almond extract is something to consider, but I always reduce the amount greatly because almond extract has a strong flavour. 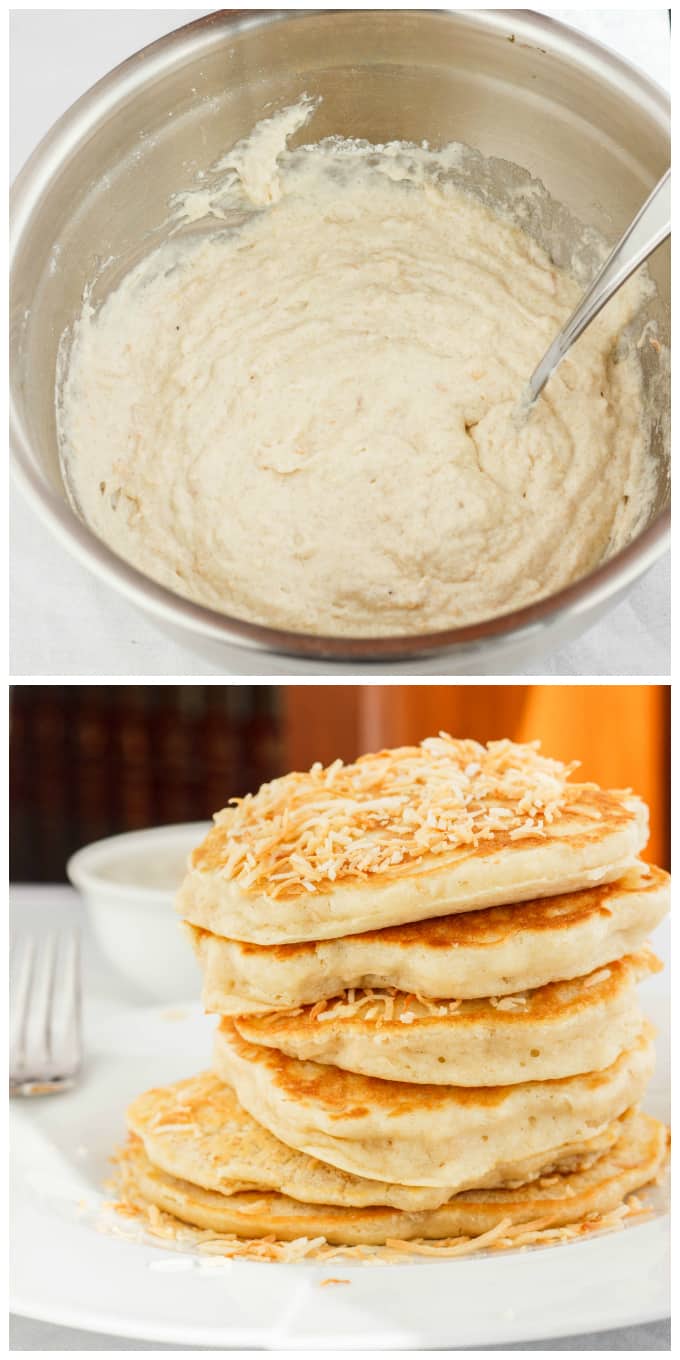 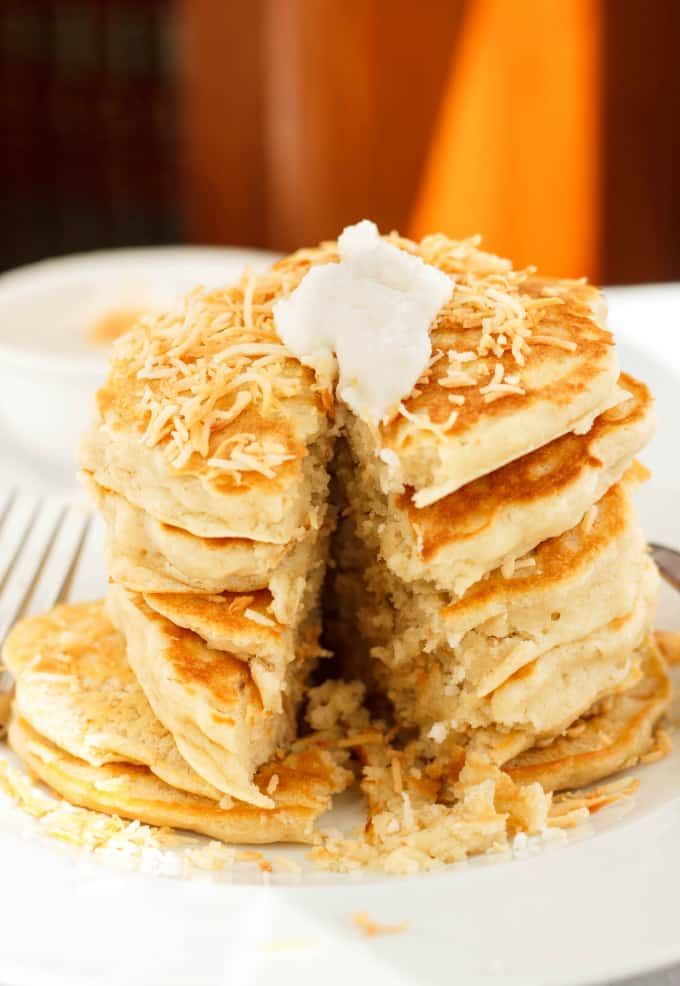 Homemade pancakes are really simple to make, there is no need to buy the boxed stuff. I know a lot of people look for quick and simple meals, but let me assure you and say, it really takes little effort to make homemade pancakes. We have many flavours to share with our readers, so keep an eye out for future pancake recipes! 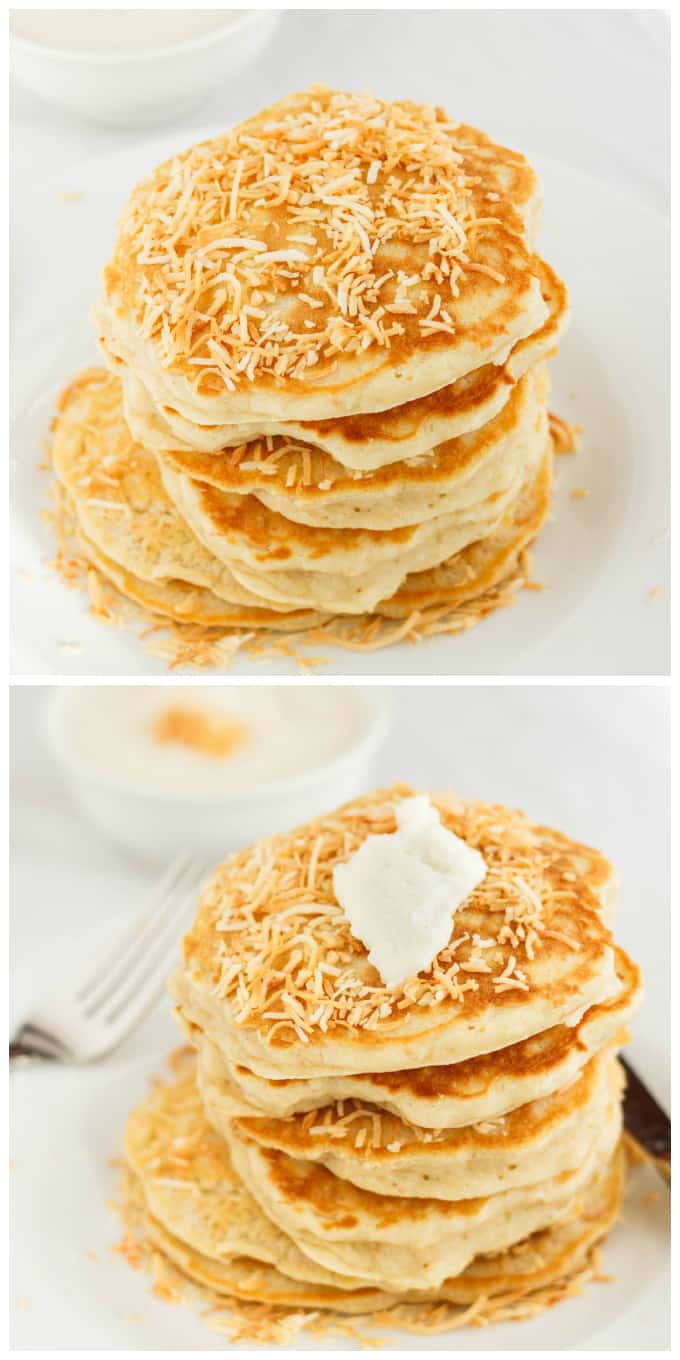 You can unsubscribe any time by clicking “unsubscribe” at the bottom of any of our emails. We use Mailchimp to provide our bi-weekly newsletter. Any information you provide here By clicking subscribe you acknowledge that the information you provide will be transferred to Mailchimp for processing in accordance with their privacy policy.
#GIVEAWAYTIME! I am giving this handmade, custom