Sometimes miniature form is better, and in this case, these toasted coconut cupcakes are mouthwatering-delicious! 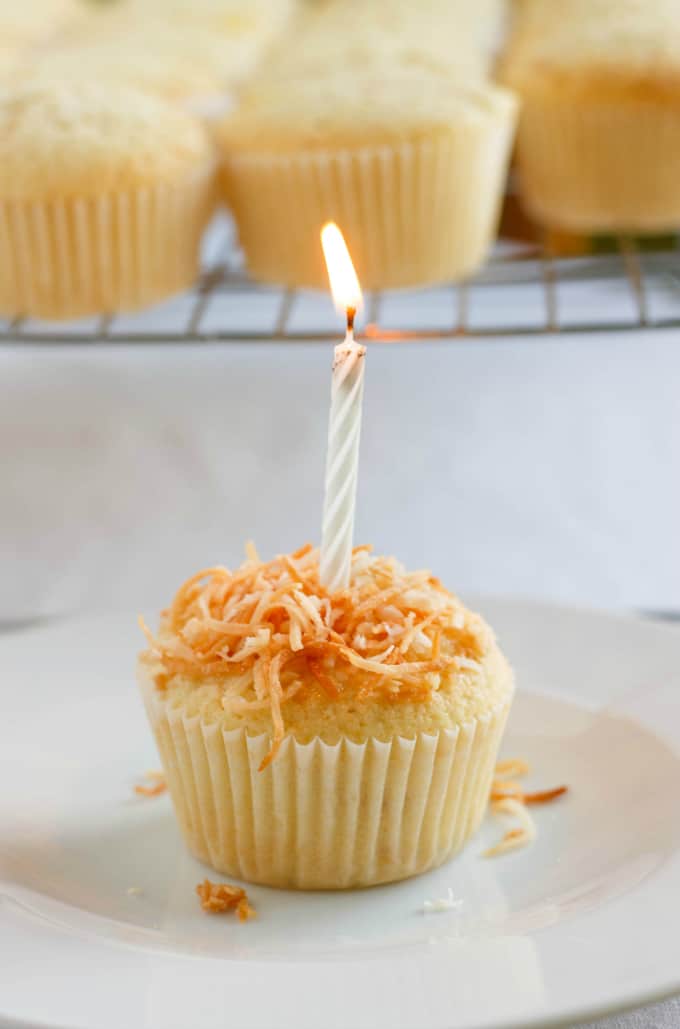 My husband’s birthday was last week, and I must admit, after being swamped in the beginning of October, my mind is far from elaborate cake making. Thankfully my husband does not expect anything crazy and usually prefers the easy desserts (tiramisu anyone?!) but I still feel bad that he is second fiddle to our birthdays. He mentioned he liked the subtle coconut flavour in my ghost cake so I revisited the recipe and created these cute and delicious toasted coconut cupcakes with coconut glaze. 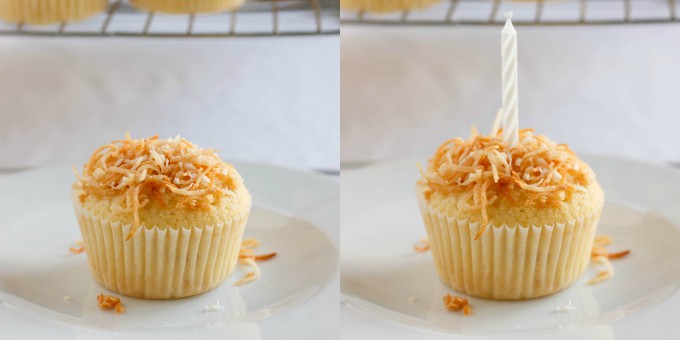 He states he “isn’t a sweet eater,” but I see him going back for seconds!! Knowing he does not care for overly sweet foods, I decided to skip a buttrecream altogether and top these cupcakes with a simple glaze. This allowed for the coconut flavour to come through and not risk masking it. We both loved the change from standard buttercream on these cupcakes, and for people short on time or just not into cupcake decorating, this recipe is for you! Plus, I like to tease him that old people like coconut-flavoured desserts (psh, non-coconut-lovers are just weird!) 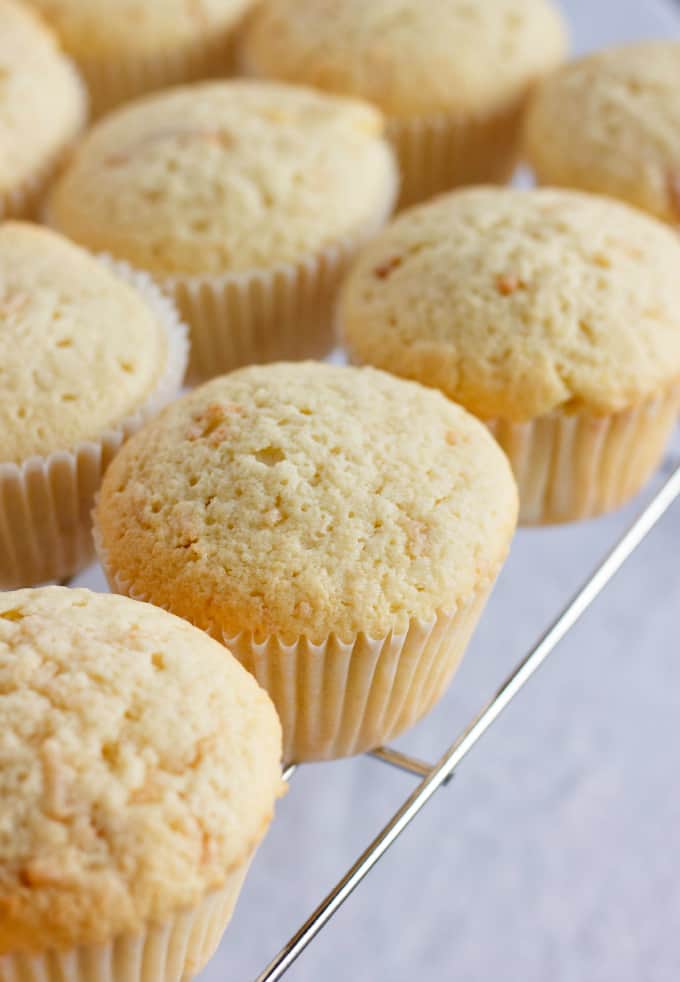 I absolutely adore using coconut oil in my desserts. Butter has a special place in my heart, but there is something about the moistness that coconut oil adds to a cake recipe. I know not everyone loves the taste of coconut, but if I add coconut oil to a chocolate recipe, you cannot taste it. In a vanilla recipe, it does pop through a bit so you may want to keep an eye on that. However, in the case of these toasted coconut cupcakes, I found the coconut flavour quite subtle considering I used coconut oil and coconut cream/milk. I am sure coconut extract would enhance the flavour but sometimes I find that can make things taste artificial.