A couple of more firsts today.
When it comes to buttercream, most are familiar with what we know as American Buttercream. You know the ingredients: butter, confectioners sugar, vanilla, and some milk or cream. Very sweet icing that can be adjusted to suit our needs (stiffer consistency for flowers, thinner consistency for writing.) It is super easy, and relatively delicious (I am partial to chocolate buttercream.) Most are concerned with the overly sweet taste but it has never bothered me. Shortening is easily substituted in place of butter to give more stabilization (aka, having the sun beating on your cake for many hours is not particularly good but at least shortening will hold up better.) 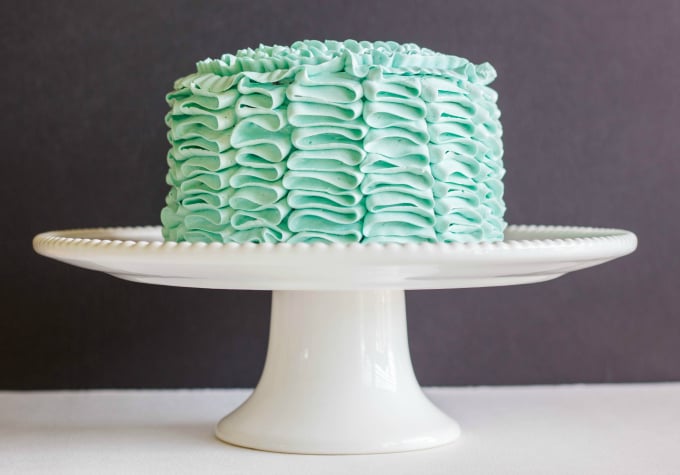 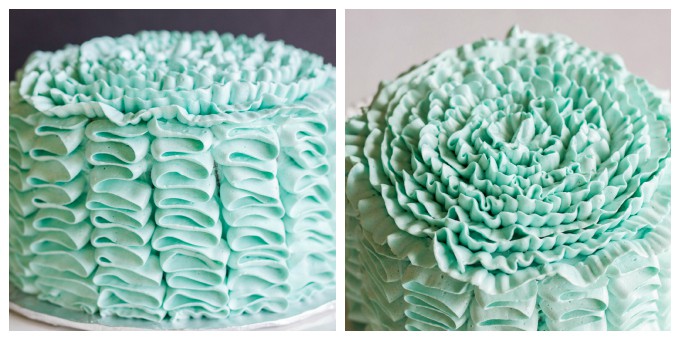 Note:
Swiss meringue buttercream will go through stages. It may appear to curdle when you put the butter in. Do not panic! Keep going, it will eventually smooth out. I never noticed mine curdle but then again, I was reading while I was adding the butter in 🙂 I will try and make a tutorial to show you how easy this recipe is. Don’t be worried, you can’t always sit back and think “what if?” When I first made homemade caramel, my batch failed miserably. So what did I do? I threw it out and began a second batch, which turned out perfect! 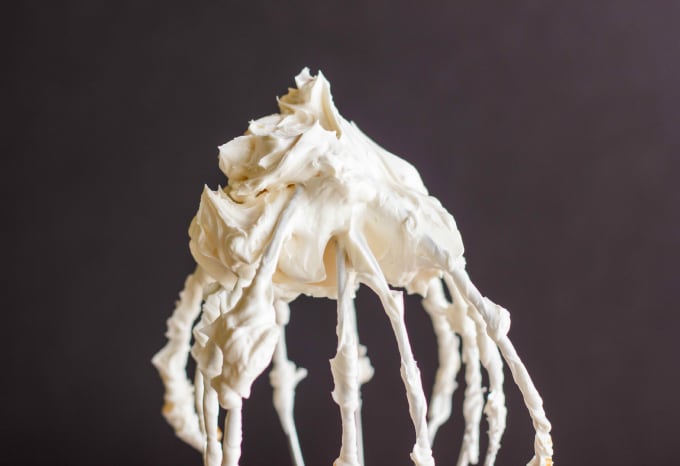 I could not believe how wonderful this tasted! I don’t see myself going back to American buttercream anytime soon because I really enjoyed making this. Seeing the egg whites and sugar transform from a goopy concoction to a very light and fluffy buttercream is amazing. A lot more work in my opinion, you need to babysit the mixture on the stove. However, you will notice the lack of sweetness in this recipe compared to standard buttercream. 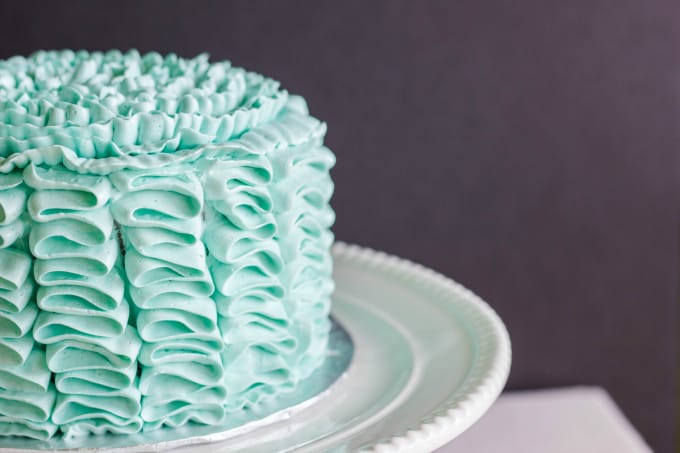 How does it taste? One would say, like butter. I did not realize how much flavouring you really had to add before you didn’t taste copious amounts of butter. I only added two teaspoons of vanilla, and I wish I added more. Personally, I like the taste as is. But I am quite concerned about what Dan’s coworkers are going to think. I would do a minimum of 1 tablespoon of vanilla and taste test. Swiss meringue buttercream is quite forgiving. You can add peanut butter, fresh fruit puree, or even melted chocolate to add flavour to the buttercream. Be careful with certain extracts like peppermint, which can be very strong, so you only want to add a bit at first. 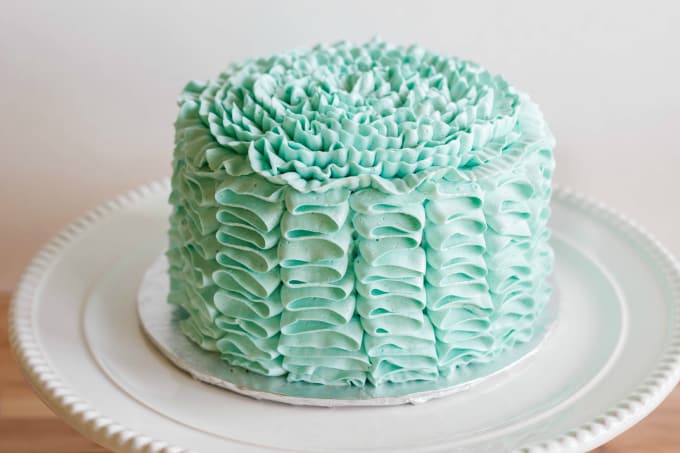 On another note, I found the Swiss meringue buttercream to be much easier to work with than American buttercream. It is so smooth, light, and silky. I was really concerned it would not hold up well, but my ribbons stayed in place. To achieve the ribbons, I used a Wilton tip 104 (petal tip.) Fill your bag with icing and place the wider end of the tip against the cake. Using a sweeping motion, move your hand back and forth as you move up your cake. It is really easy! Plus, you don’t need to be too precise with the ribbons. I used the measuring advice from Craftsy.com to achieve almost even rows. As for the colour, it is Wilton’s teal.