Well, here we are again.
Less than a week has gone by since I made my previous cake. I really enjoyed working with Swiss meringue buttercream and knew my next cake would use it again. However, I went down a different path. Anytime I make buttercream, it is usually vanilla or chocolate flavoured. I like them; others like them. They are the safe choices. After trying SMB, and tasting the rich buttery flavour, I knew it needed some balance. 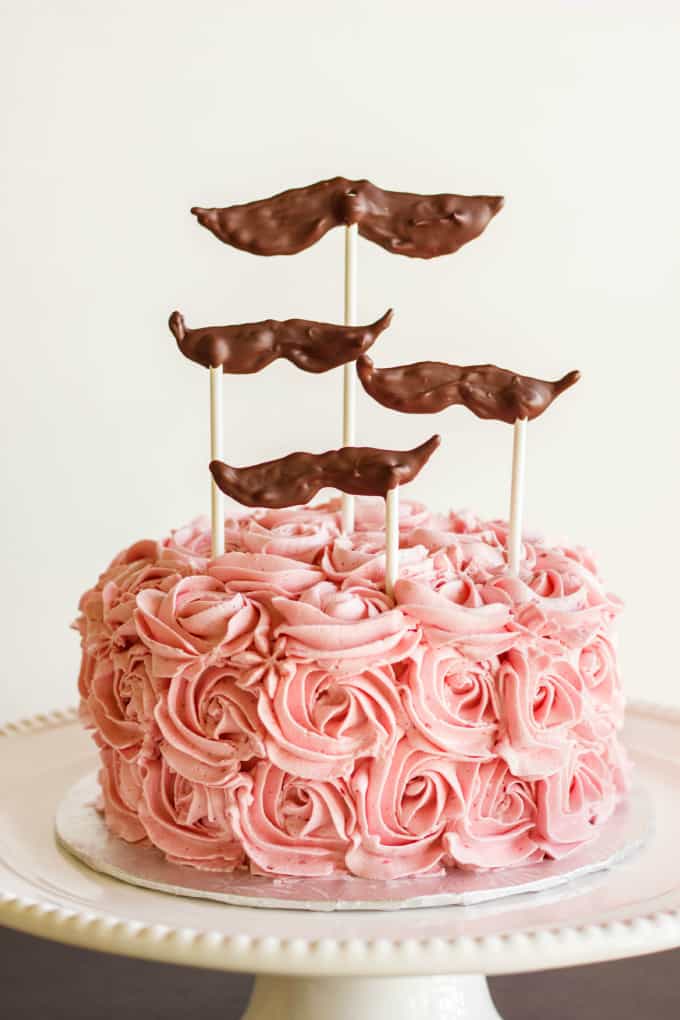 My cake today is based on the movie Her. I was picked to make a dessert and knew immediately I wanted to make a “romantic” cake, based on the plot of the movie. What is more romantic than pink flowers on a chocolate cake? Perhaps chocolate mustaches on a stick?! 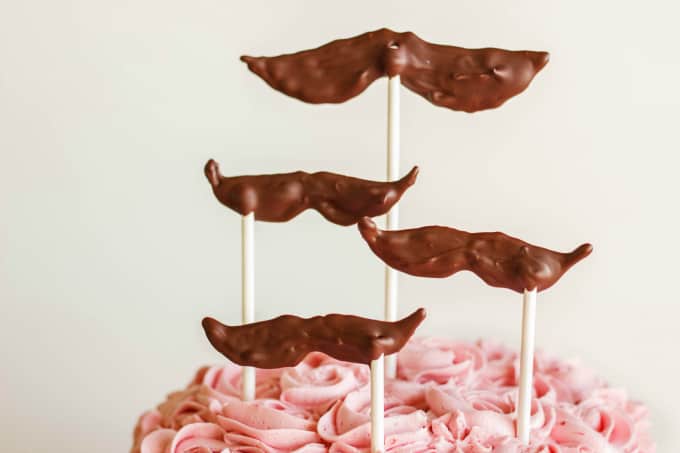 … Probably not 🙂 But I thought the idea was really cute since the mustache sticks out to me so much in the movie poster. I knew I had to play around with it.
I used my usual chocolate cake recipe and decided to pair it with a raspberry Swiss meringue buttercream. I worked off my basic SMB found here. The roses gave me more trouble than I thought they would. When I made the ribbons on my previous cake, they were so easy. I think I put too much thought into doing the flowers. Needless to say, I decorated the cake twice because I was not happy with the first outcome. I was going to redo it a third time but Dan stopped me. Definitely need to practice this one.
I thought perhaps the icing was too airy, but most of the air bubbles you see are actually flecks of the fresh raspberries I used in the puree. Oh well, in the end I am feeling okay about the cake. I thought the design was really cute overall. 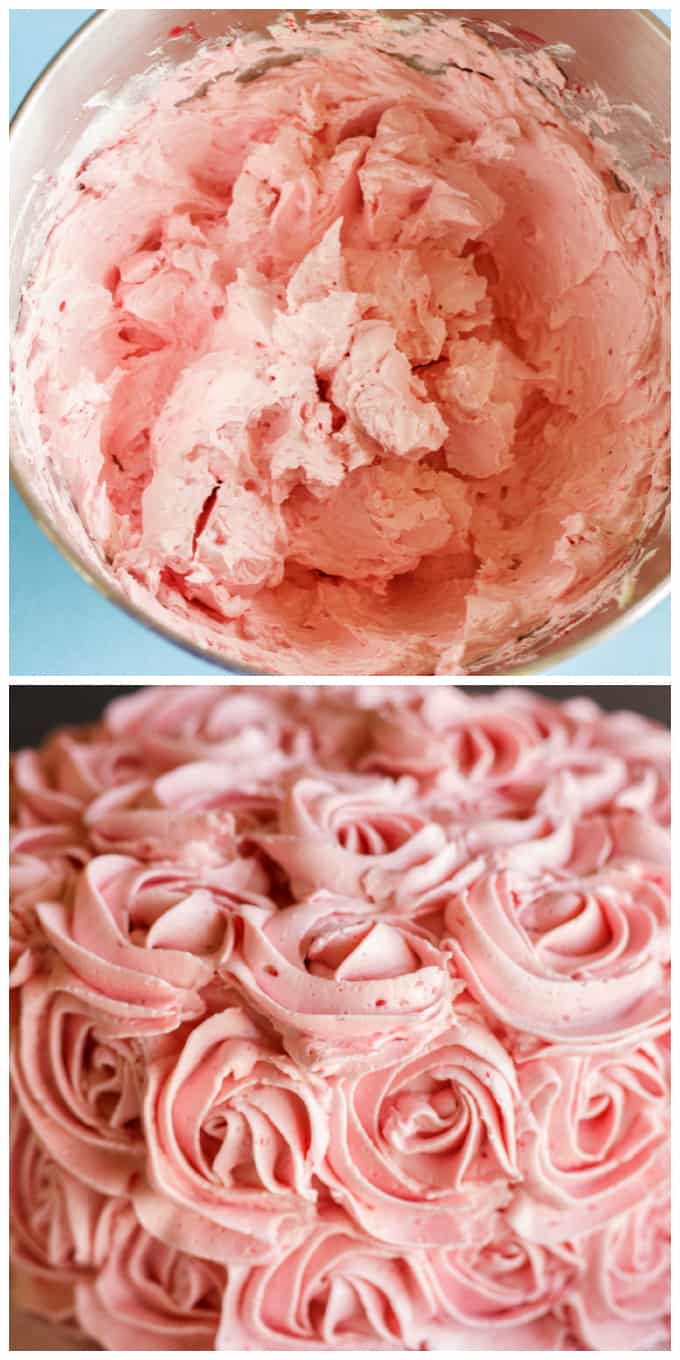 I know it is said that Swiss meringue buttercream is pretty forgiving, but when I poured in the raspberry puree I almost fell over! It acted like oil and vinegar. I thought for sure the red colour was not going to blend in. I wish I took a picture. But do not panic. After about a minute, it eventually combines and you are left with a tasty icing! 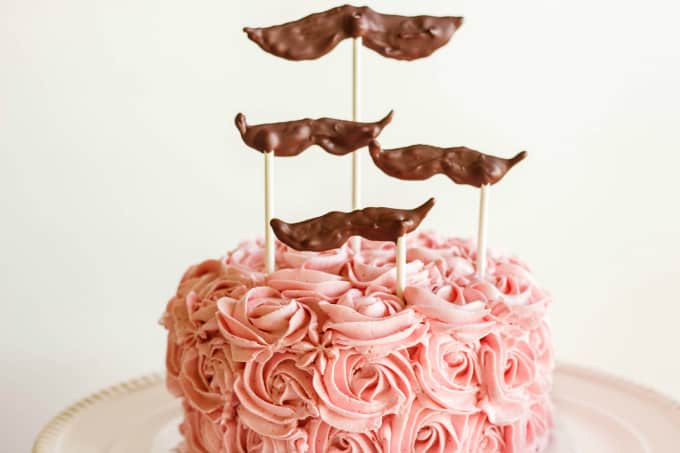 I should have . The tutorial is now up! Keep an eye out, as I am sure you will be seeing more cakes in the future. Oh! Ps. If you need any advice tempering chocolate to make the mustaches, check out Sugar Hero. I also used her mustache stencils 🙂 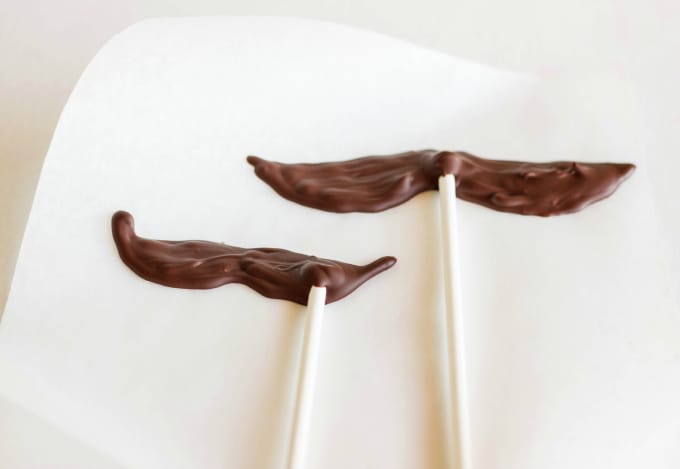