I am usually the one in the household who decides what’s for dinner. Occasionally Dan will bring up something, stating that he “has not had spaghetti sauce in a while,” or “what about something with rice?” He loves rice. And potatoes. I’m sure he would eat them everyday if I chose to make meals containing them 24/7. But I don’t want heavy stuff all the time, and generally, anything to do with potatoes is usually heavy in my books. 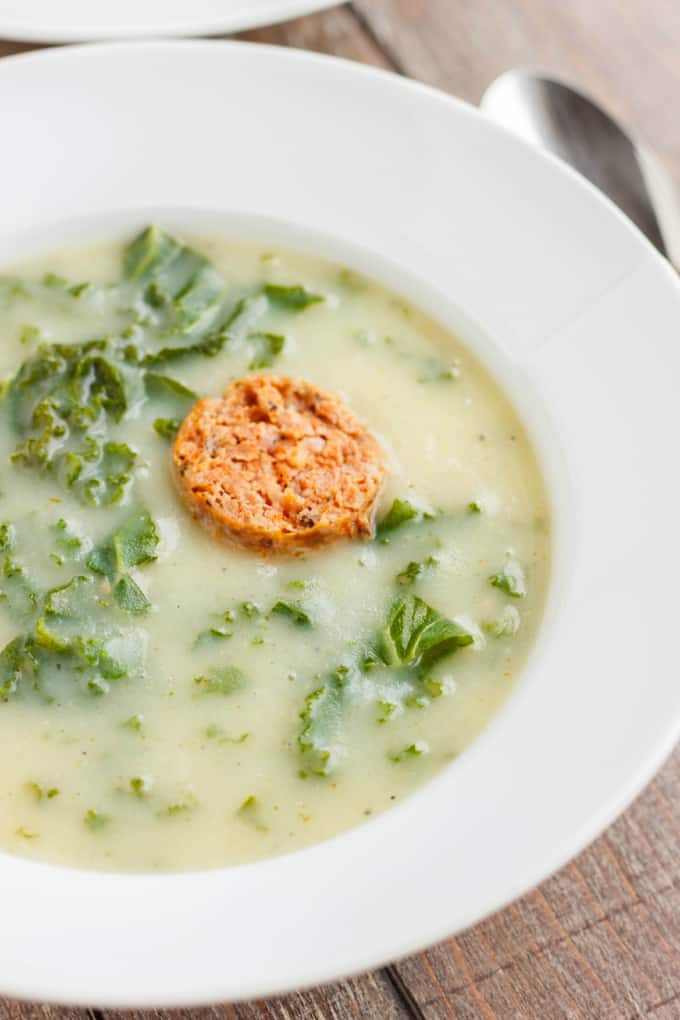 Today’s caldo verde soup was put into Dan’s head from a co-worker. Dan was so excited about this soup, he talked about it for days! We finally went out to pick up the ingredients and he was a bit disappointed he could not find chorizo or Linguiça sausage at our local grocery stores. We were headed home until the idea hit me to stop in at the butcher shop. He went in like a kid going to see Santa and was super happy to have found chorizo. Then it was back home for me to prepare the soup! 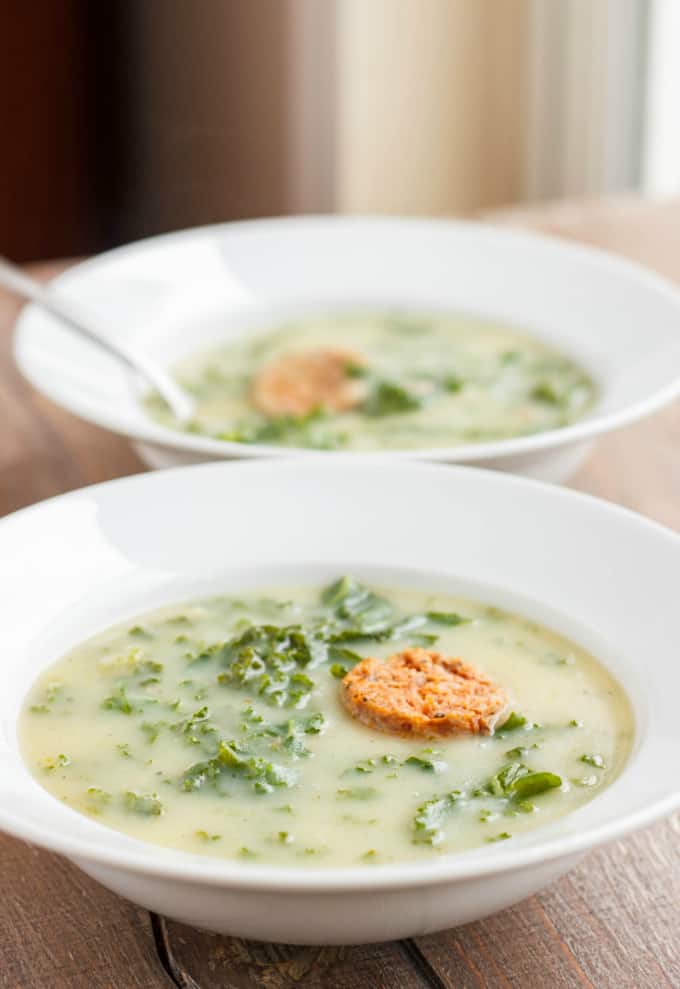 Now, since I had never heard of caldo verde before, I had to do my research. Interestingly, there is a lot of debate when it comes to this soup. People say caldo verde is suppose to contain collard greens and not kale. I went with kale because that is what Dan’s co-worker’s mom has always used, and I found a lot of people suggested kale. For “true” caldo verde, collard greens is suggested. Also, when it came to the sausage, I initially only put in half a pound because as per tradition, each soup is usually served with one SLICE of sausage. Yeah, when I made it the second time I doubled up the meat. Dan’s co-worker also mentioned after my first attempt that his mom puts more sausage in. Live and learn! 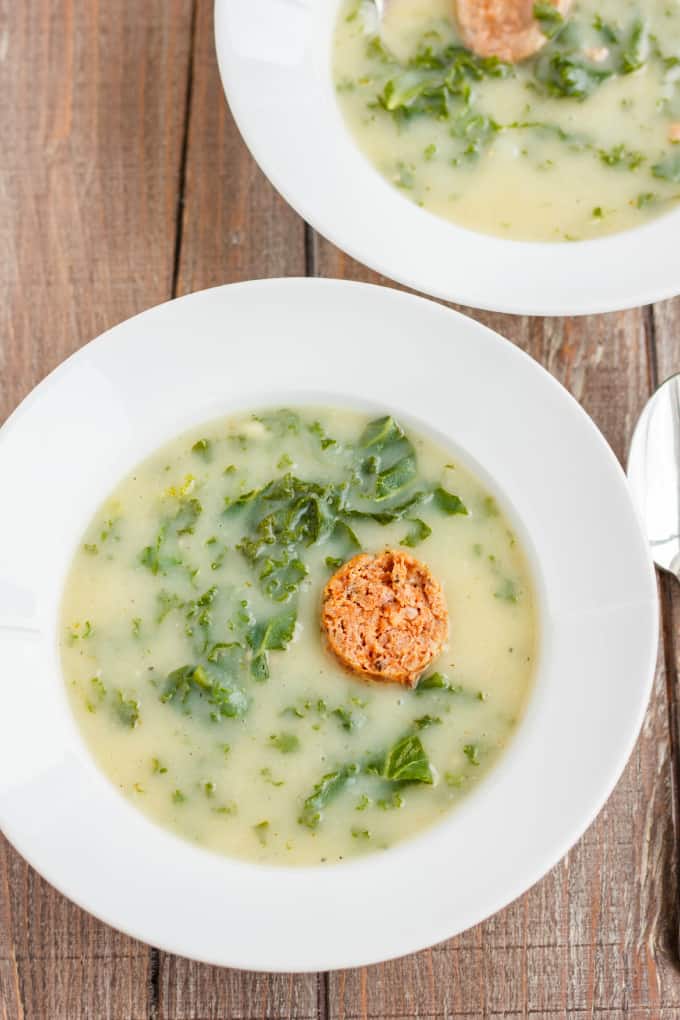 The rest was up to my choosing. You could use a broth here to give the soup more flavour, but I believe this soup is suppose to be very mellow. Dan absolutely loved it, my brother really enjoyed it, and Éowyn even ate a ton (while I tried to keep her away from all the cooked sausage!) It is a very easy and quick soup, and actually gluten-free depending on the type of meat you use in this meal. The potatoes are what thickens up this soup. I am curious about trying a vegetarian version of this recipe because it was really simple and quite light. 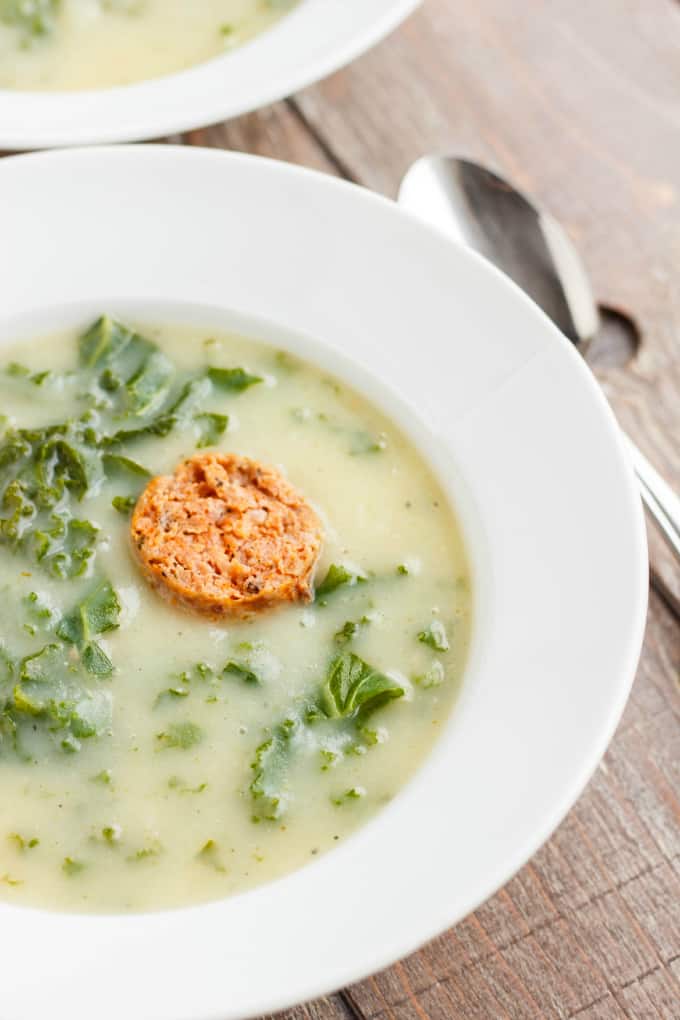 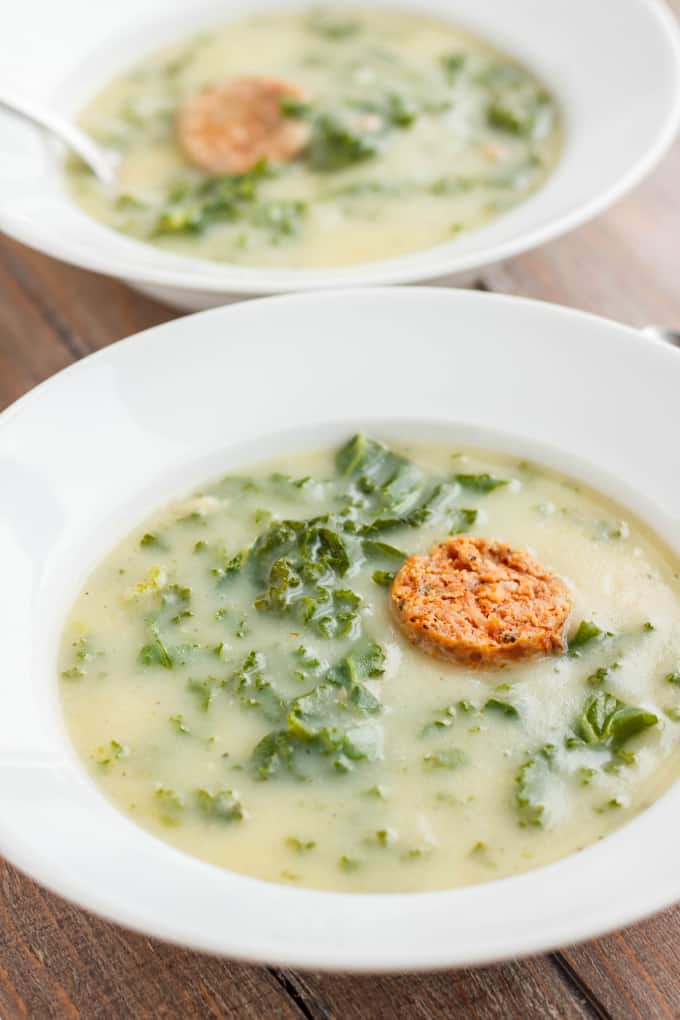 One more tip! The second time I made this caldo verde soup, I hand-blended the potatoes until smooth, added the kale, allowed it to cook for a couple of minutes, and then pureed the kale as well. Dan’s coworker suggested this method and Dan preferred this version in the end (definitely made the soup more green!) I will have to take a photo of this version to show you the difference in presentation. 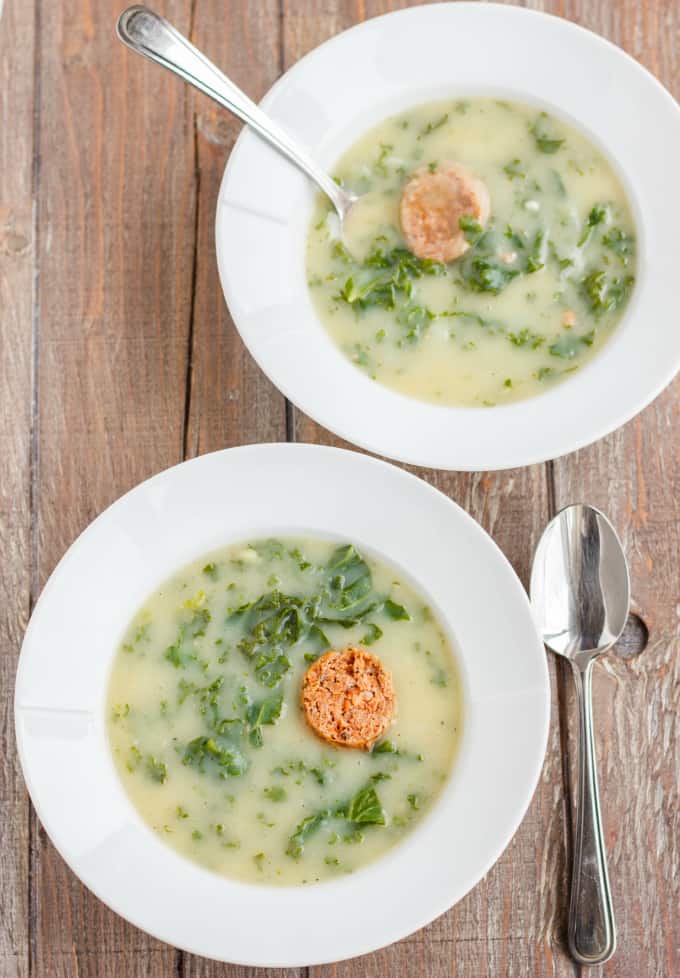