Halloween is not complete unless you have a “spooky” dessert! This homemade worms and dirt dessert (or worms in dirt: did not know which way to go!) is super easy and can be made with store-bought pudding instead (but who doesn’t like homemade chocolate pudding?!) 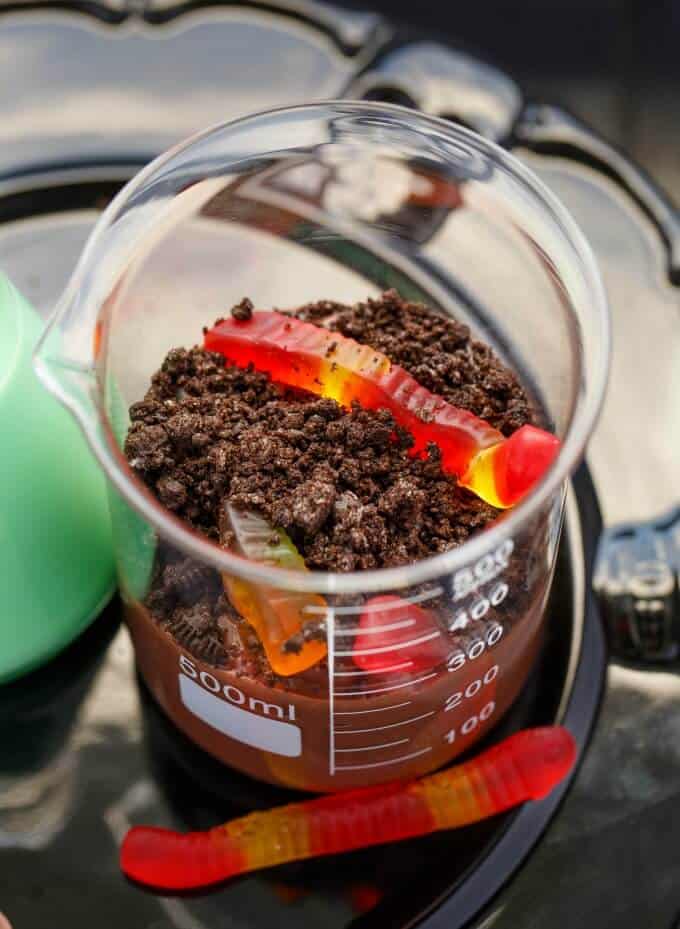 The long weekend was hectic, and the days leading up to it more so with mine and my daughter’s birthday. It all worked out and I am feeling much more relieved, but there is still a ton to be done. I am debating whether my Halloween theme week will actually go off this year… 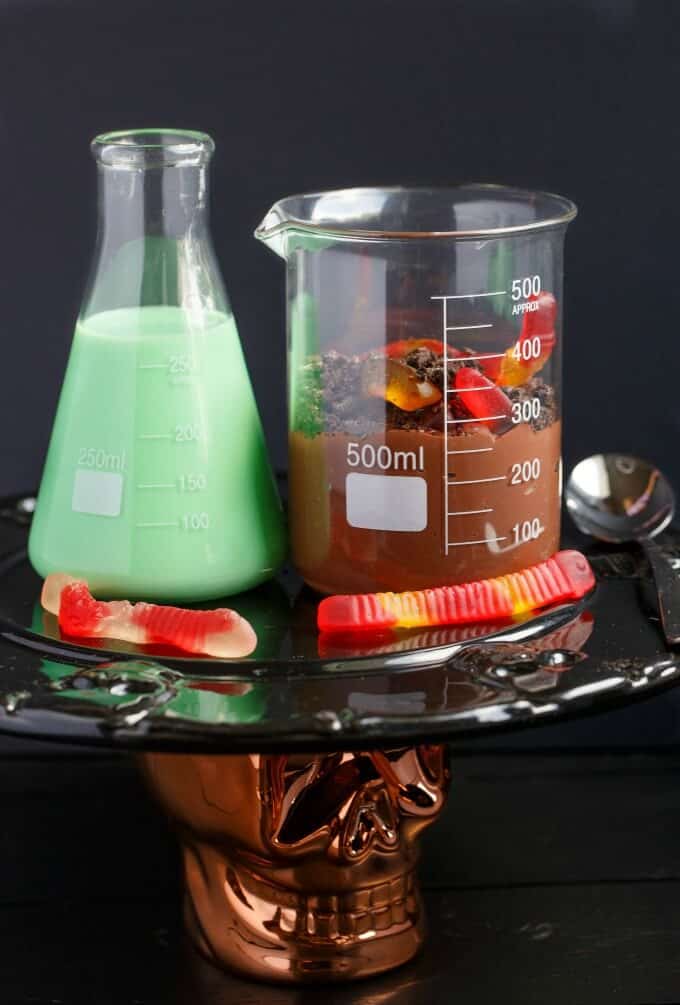 Until then, we can enjoy this homemade worms and dirt dessert recipe! This is a common dessert found on the kids menu in many Canadian restaurants all year round. It is fun (while slightly gross,) and my daughter tends to ask for it whenever she has the chance. We worked on this worms and dirt recipe together and had a blast! I wondered if she would eat the homemade chocolate pudding because I find she prefers butterscotch or vanilla in its place. But no complaints! While it was cooking she kept saying it reminded her of homemade hot cocoa! 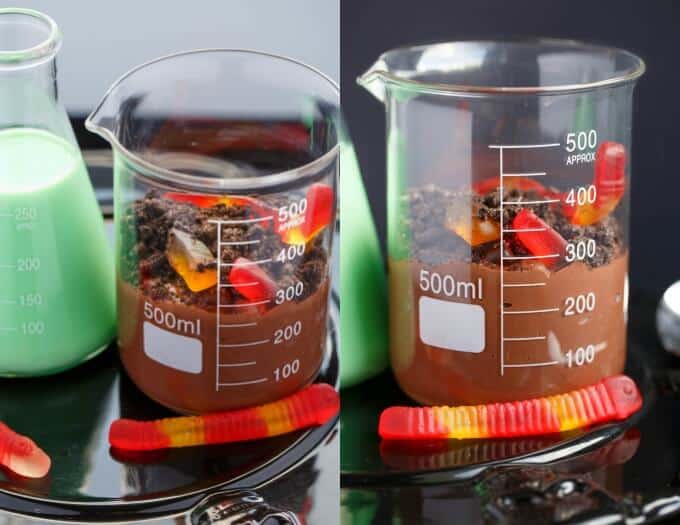 I have made homemade vanilla pudding in the past and mentioned I would eventually get around to a homemade chocolate pudding recipe. Today seemed quite fitting, but don’t fret, this worms and dirt recipe can be made with store-bought pudding! I could have gone all out and made some homemade cookies for the recipe, but Oreo cookies work perfectly here 🙂

I pour my pudding through a sieve twice to ensure there are no lumps: once after cooking, and once after the pudding has chilled. 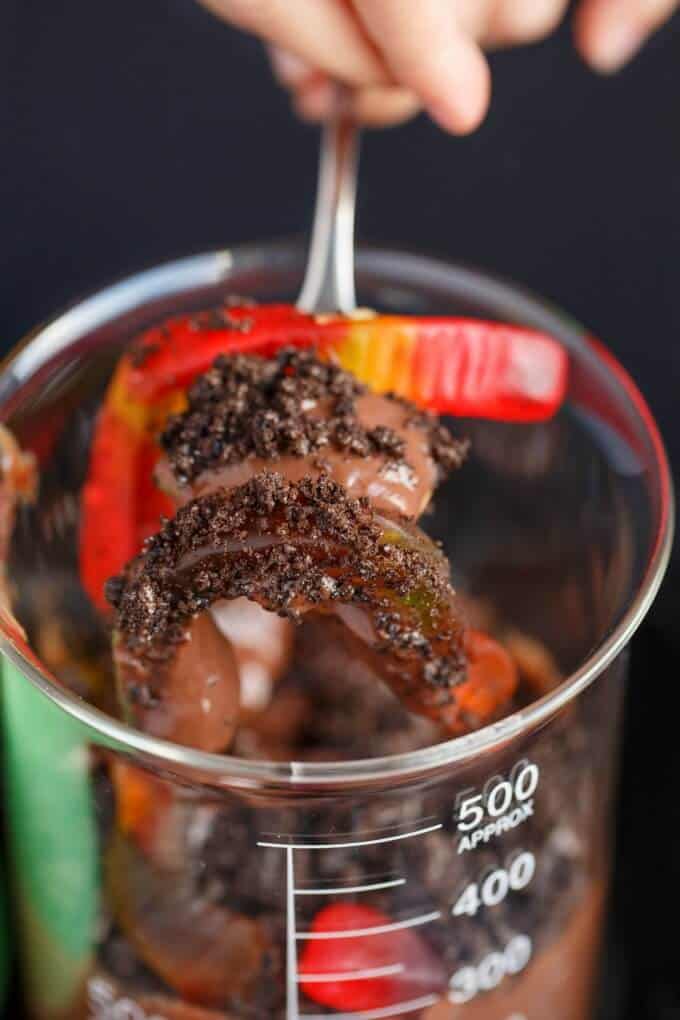 My daughter and I have some cool cookie ideas in mind, but they do take some time so I am hoping to get it on the blog by next week. Some other obligations come first, but be on the lookout for some fun Halloween desserts! I don’t know which holiday is more fun dessert wise: Halloween or Christmas?!

Love this homemade worms and dirt dessert? Try some of these recipes: 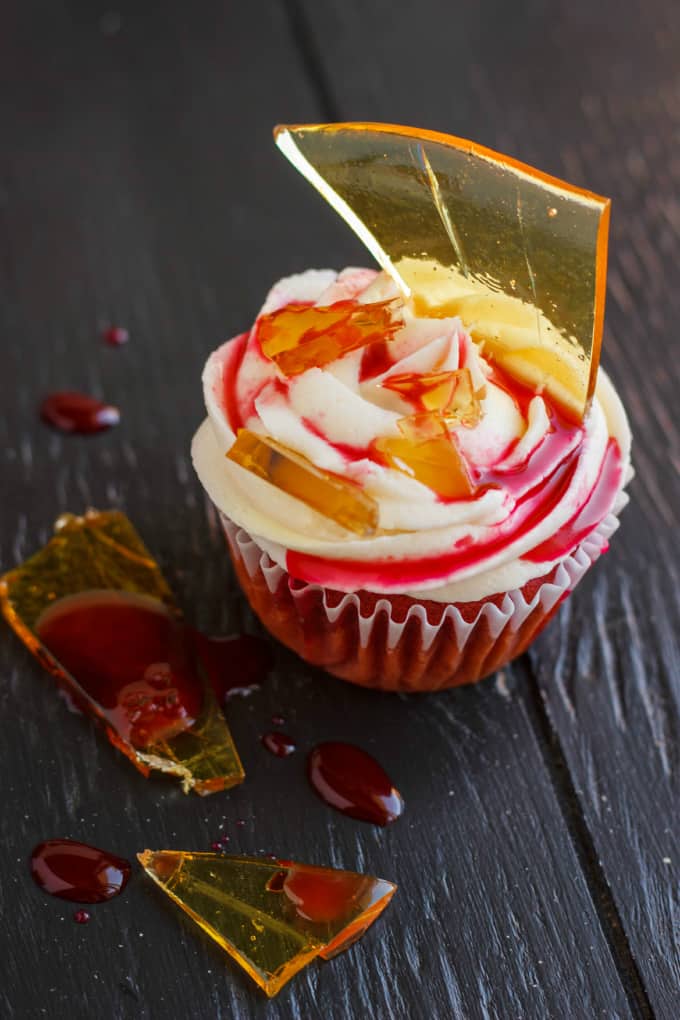