When I came up with this cake flavour combination, I knew what I wanted, but achieving that flavour seemed impossible. Since we changed to freshly ground coffee in this household, instant coffee is nowhere to be found. Not usually a problem, but when it comes to coffee-flavoured desserts, many rely on instant coffee. I wanted to change that! 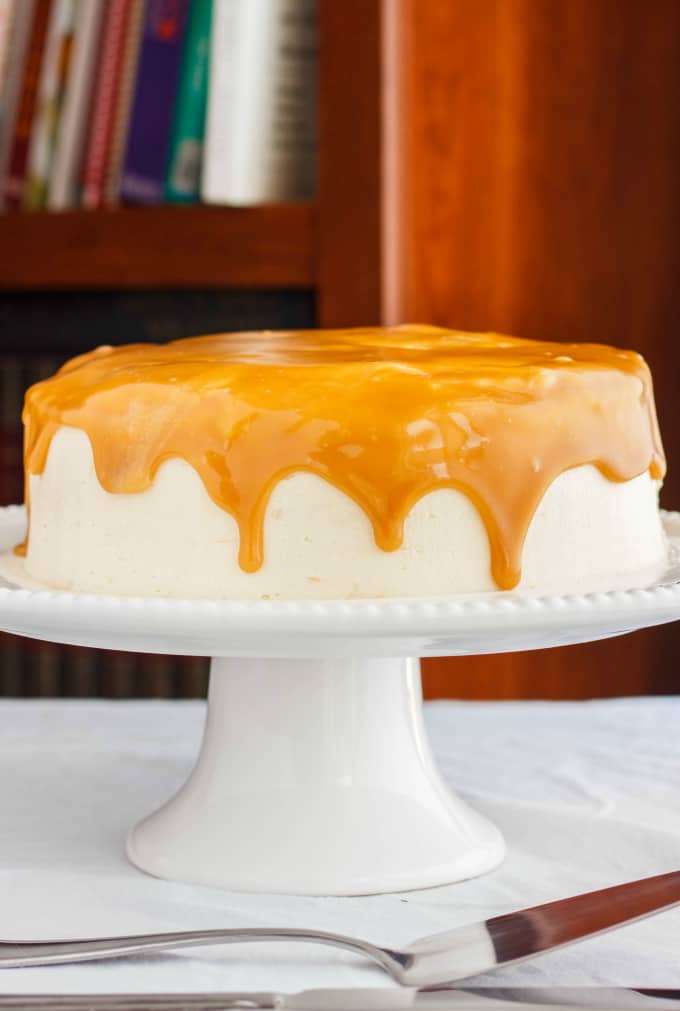 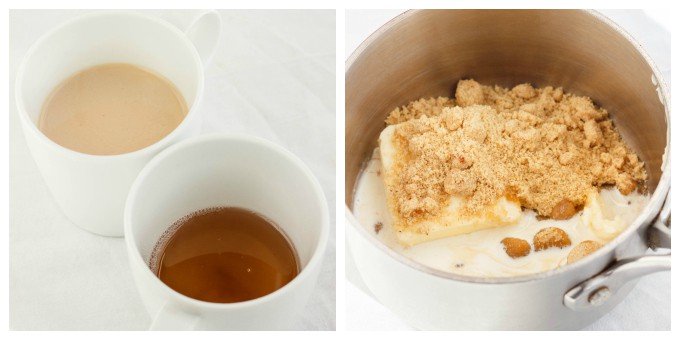 Let’s begin. First, you want to infuse all the ingredients you can with coffee. I ground about 5 tbsp. of our favourite coffee beans and set them aside. I heated the buttermilk until almost boiling. I poured the liquid into a cup and added 1 tbsp. coffee grounds to a coffee filter. Carefully I added the filter to the cup and allowed it to steep for 30-40 minutes. The milk will absorb the coffee-flavour nice and easy. Too long will result in a bitter coffee flavour. For the butter and coconut oil, I heated them separately  until nice and hot, once again not boiling. I poured them into the appropriate cups and added 1 tablespoon each of coffee grounds to 4 coffee filters. Then I placed two filters into the coconut oil, and two filters into the butter mixture. The reason for this method was to allow for the oil to penetrate the coffee grounds easier. Too much coffee in one filter would not allow to ample steeping. It took longer for the coffee flavour to come through, but between 1 hour and 1 and a half hours I was able to draw out quite a bit of flavours! Discard all the coffee and allow the ingredients to come back to room temperature. 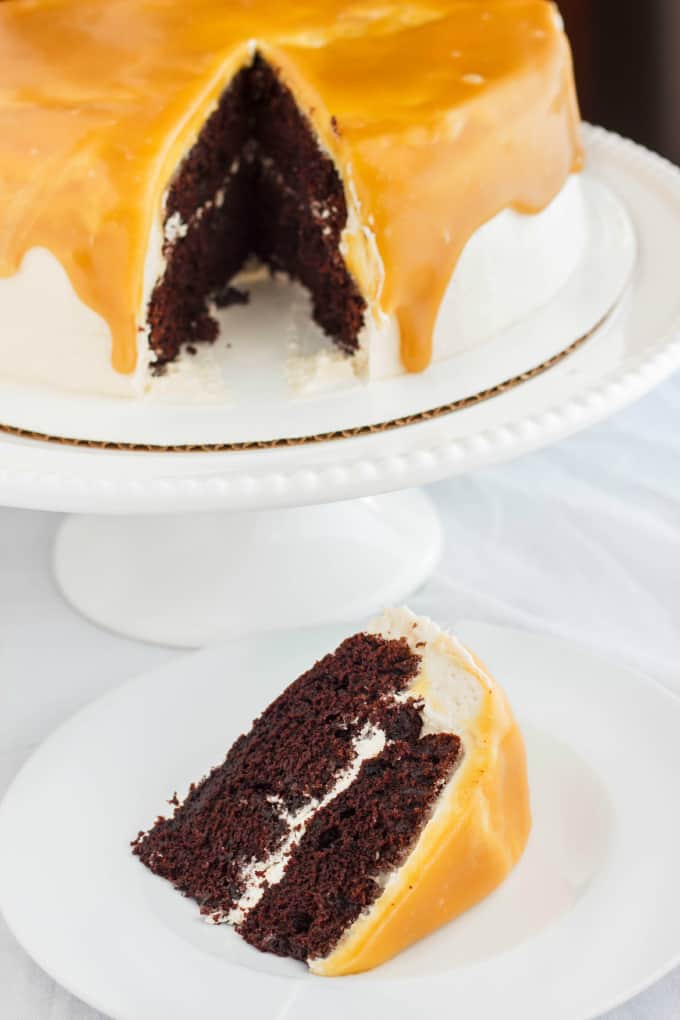 Of course, after writing this all out, I realized for the buttercream I could have just infused the whipping cream with the coffee grounds instead of the butter… But then again, at most, you are using 3 tbsp. of whipping cream in a standard buttercream recipe, so it would not have been worth it! The coffee flavour really came through in the butter. The only downside was a softer buttercream in the end. That was because I melted the butter and allowed it to re-solidify. Next time I will try the coffee-infused whipping cream. Or maybe both! But seriously, this was the best coffee buttercream I have ever had. It actually tasted like coffee, unlike other coffee buttercream I have had. The shortening helped to compensate for the remaining butter amount I needed, and it did not mask the coffee flavour at all. I actually used the shortening in place of more butter because I wanted a stable buttercream. Anymore butter, or had I infused the entire 1 and half cups of butter with coffee, would have resulted in a much too soft buttercream. I DO NOT suggest using this buttercream at all for roses or decorating. Just a nice smooth covering of the cake is all this buttercream is good for (and eating!)

I am not sure how much the coffee flavour came through in the cake from me infusing the coconut oil and buttermilk, but I like to think it helped. This coffee layer cake with coffee buttercream was for Dan’s coworker who loves coffee, so I really wanted the flavour of coffee to come through! As a whole, I think it all worked out perfectly! As for the caramel? I would have gone with my homemade caramel recipe, but with so much work already put into this cake, I went with a real simple caramel on the stove top. 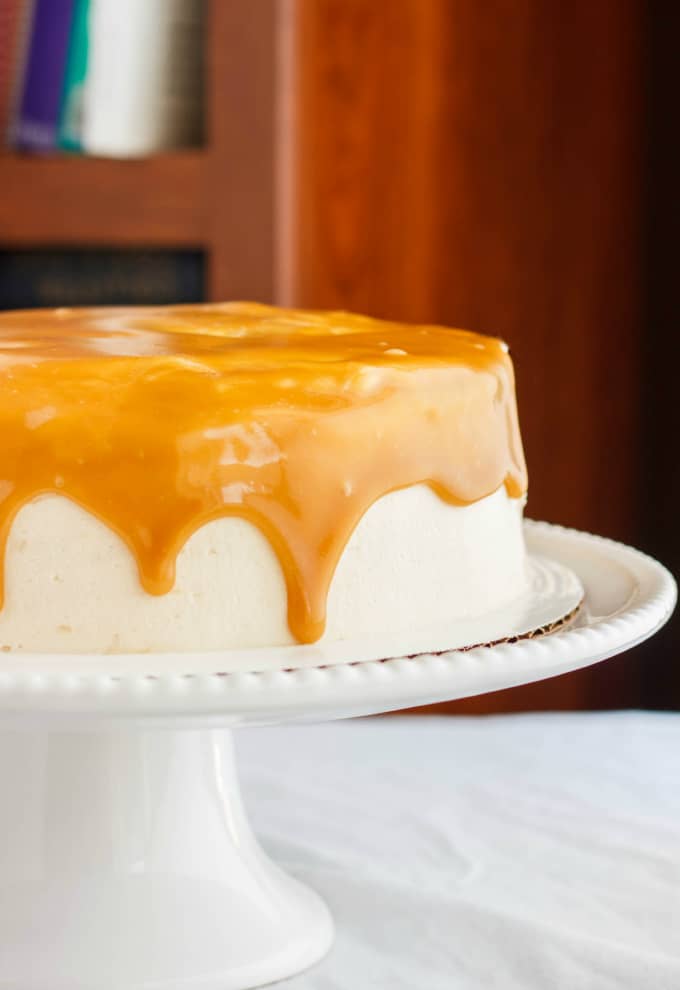 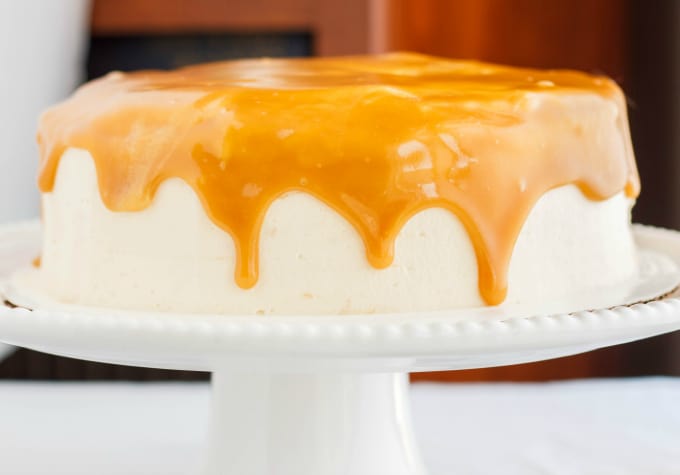 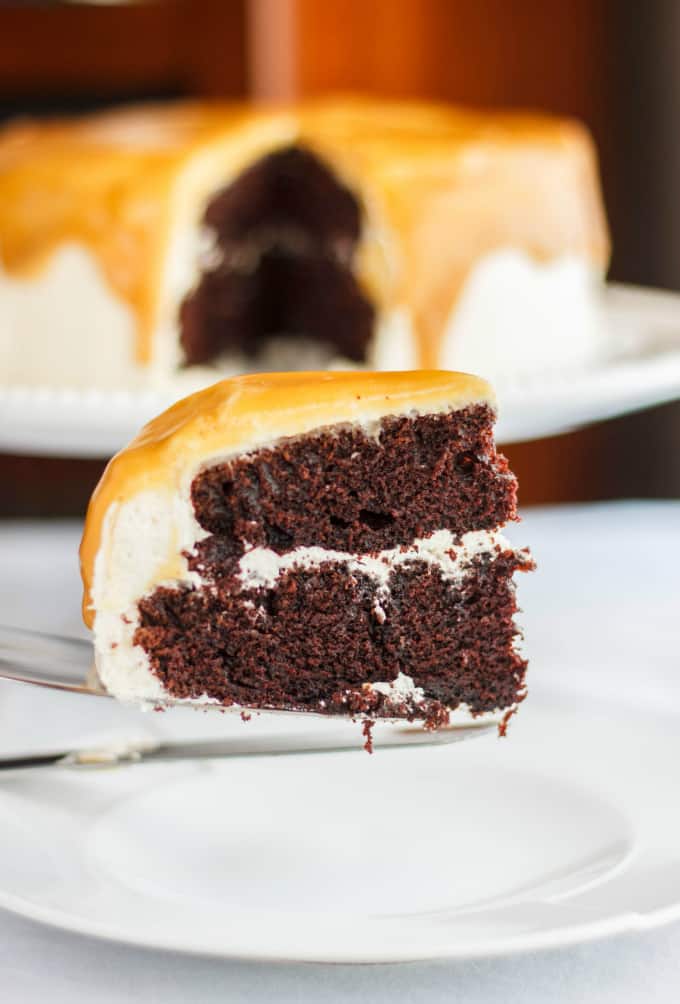 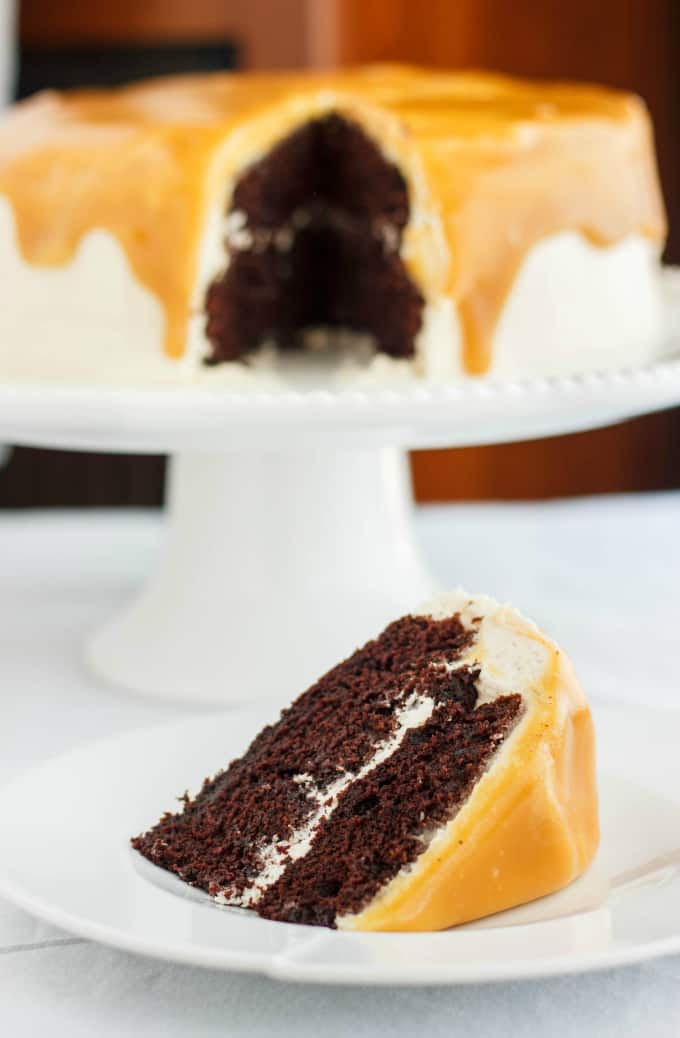 And since Valentine’s Day is this weekend, I thought it would be perfect timing to share this cake, even though I made it a couple of weeks ago! Feel free to bypass the steps of infusing all the ingredients with coffee if you just want a chocolate cake. However, for the coffee buttercream, I highly recommend it (because otherwise it would not be coffee buttercream!) And the caramel… You cannot leave that out! Caramel and chocolate and coffee go so well together, just check out my coffee-infused ice cream with a caramel swirl if you do not believe me.