I love spending hours in the kitchen. Heck, I could live in my kitchen! When my daughter starts school I know I will be spending even more time than usual in there. But for now I have limited time and I know others do not share the same love as I do for my kitchen. This being said, I have learned to start toning down my recipes and making them fast and easy. Today’s recipe sounds fancy and difficult, but I assure you it is neither! You will look like a gourmet chef when you serve your guests these boneless pork loin chops stuffed with apple and bacon. 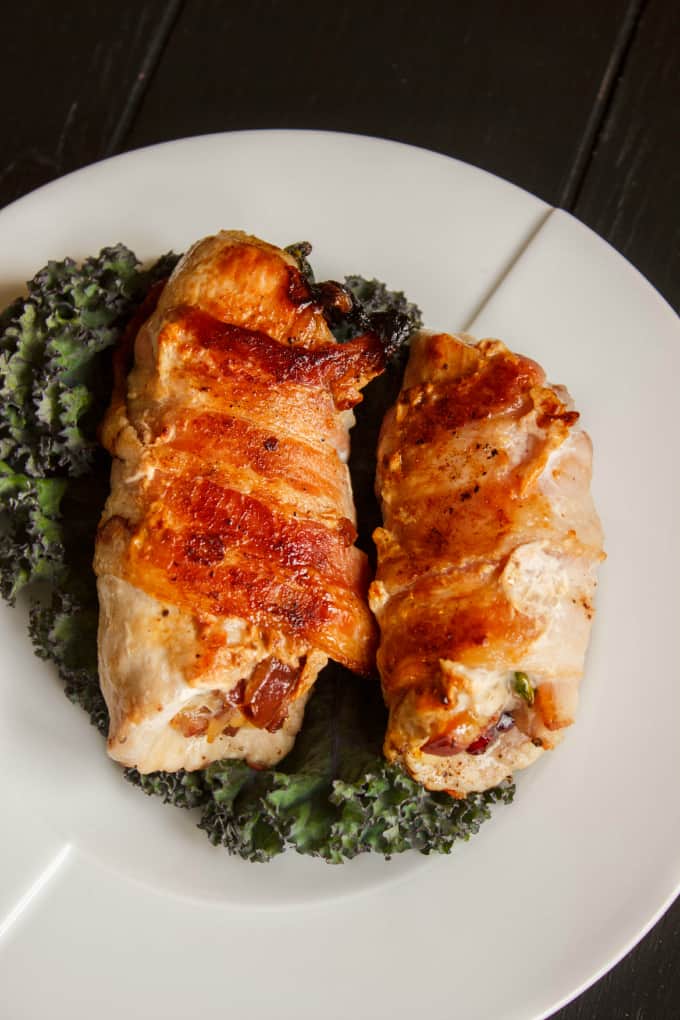 Boneless pork loin chops go on sale quite a bit in my area so I tend to pick them up whenever I can. Nothing wrong with them, but I know Dan prefers meat with the bone in. I don’t blame him, it helps keep the meat moist while cooking. With this cut of meat, it is often very thin and that gives us the worry of overcooking. The pressure is on! But rest assure, follow these instructions and you are good to go!

Now, as I said, boneless pork loin chops are thin to begin with, but since we are stuffing them, we want them even thinner so we can roll them. I do not own a meat tenderizer… However, it did remind me of my brother in his metal working class in high school and how he made a meat tenderizer. Maybe I should “borrow” his… But for now, my rolling pin worked fine. I would have liked them a bit thinner, but you get what you get. The thinner the meat, the more filling you can add! 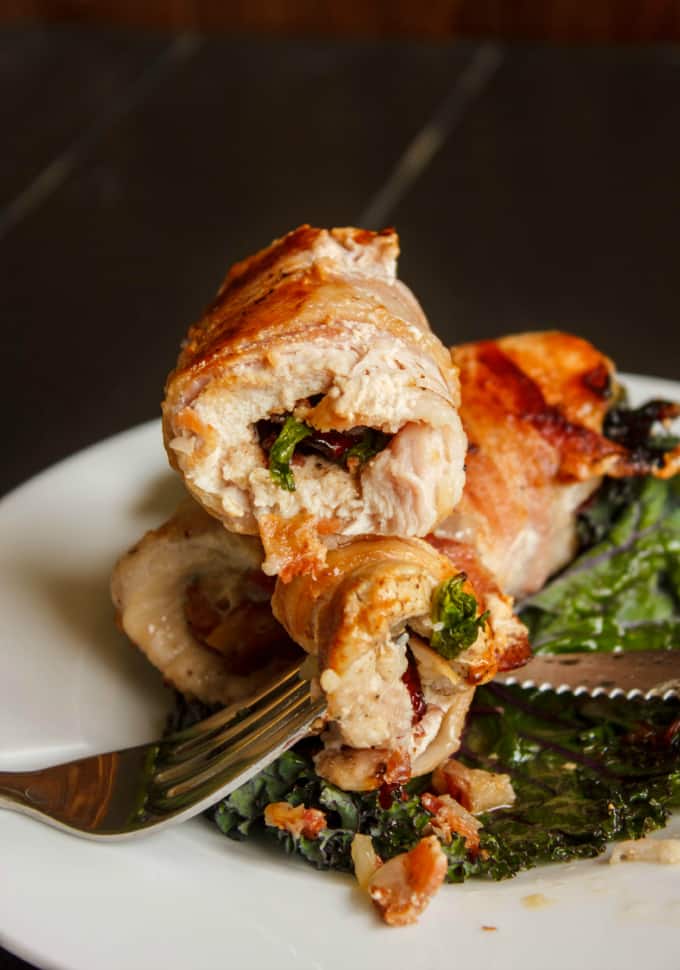 Let’s talk about that filling. Apples. onions, garlic, and bacon just to name a few. It smelled so good while cooking. I was a little concerned I was adding too many ingredients, but according to Dan, the filling was perfect. I am awesome! And you know what brought these chops together with the filling? Wrapping the entire meal in bacon… Yes, another bacon-wrapped meal from me. You may be familiar with my bacon-wrapped whole chicken or my bacon chili bowl. This vegetarian is a monster and she knows it! 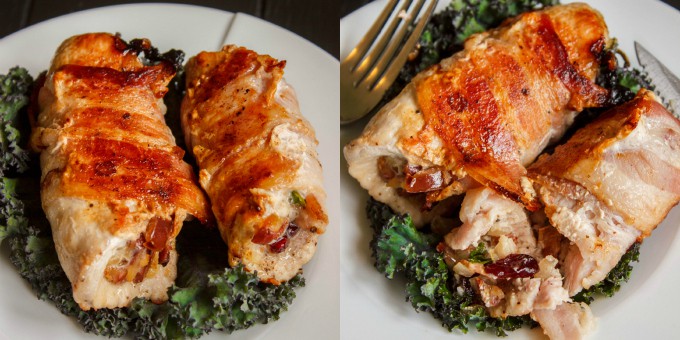 I really love how gourmet these pork loin chops stuffed with apple and bacon look! I cannot comment on the taste, but Dan devoured them so I am going to assume A+ on flavour! And like I said, they seem difficult, but they take little effort. For the summer, I would say these bad boys could work on the BBQ. I am not the BBQ master, so I would probably destroy them, however, I trust there are many who are gifted in that element. We can call them BBQ pork loin chops stuffed with apple and bacon… Creative, eh?!